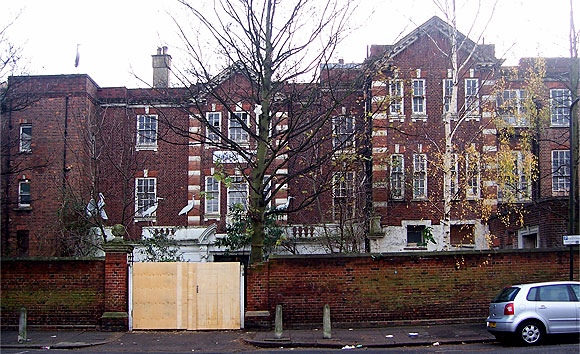 A Labour-run local authority rebranded amid much fanfare as the “John Lewis council”, with community input at its heart, has been accused of betraying its principles after selling a long-established arts centre to private housing developers.

The decision by Lambeth in south London has caused particular anger because it came shortly after the artists and charities who use the centre spent £70,000 on renovation work, in exchange for a promised long-term lease.

The row highlights the pressures faced by Labour-run councils against the backdrop of heavy funding cuts. Late last year another Labour borough in London, Brent, faced similar criticism for opting to close half its libraries.

The arts centre, Stockwell Studios, was built in 1915 as a maternity hospital run by Annie McCall, a pioneer of women’s health.

The hospital closed in 1981 and the then-crumbling building was occupied by artists five years later. In lieu of paying rent to Lambeth, which owned the site, they agreed a system of levies to maintain the building, establish a community garden and run free art projects.

During 2010, as Lambeth was relaunching itself as part of wider Labour efforts to reconnect the party with communities, officials agreed to grant the artists a formal, five-year lease if they rewired and fireproofed the centre. It was after this work was complete that the council announced it would instead sell the site.

A deal was signed last month with a developer, Henley Homes, which says it hopes to find space on the site for some artists but is likely to build over the garden.

Sue Blandford, a painter who has worked at Stockwell Studios for 14 years, said she felt betrayed: “It was utterly devastating. Despite past experience with Lambeth we thought that on something that involved us in so much time and expense we could trust them.

“This is the shocking thing about Lambeth’s attitude. They pay all this lip service to community groups but when it came down to it they decided to take the money from a developer.”

Also facing possible eviction is Art4Space, a charity that uses a former maternity ward on the ground floor to run courses and summer schools for children and low-income groups.

“We’re very Lambeth-focused and we do a lot of good work in Lambeth,” said Eli Seath from Art4Space. “At the very least, Lambeth’s communication has been really bad, given that they asked us to do all these works and spend this money, time and effort and then suddenly they say, ‘We’re selling it now.’ “

Lambeth said the lease offer fell through in part because the artists refused a clause agreeing to the site’s eventual sale.

“Being a co-operative council is about giving local people more control over the services they use and involving them much more in decisions that affect them,” said Paul McGlone, the cabinet member for finance and resources.

“However, it’s not a magic wand that makes the impact of government funding cuts vanish and so there will be occasions where the interests of the borough’s residents as a whole have to take precedence over the specific demands of a particular group of individuals.”

The paradox for the artists is that without their 25-year effort in caring for the building, Lambeth would most likely not have the asset to sell. This has led to a fresh twist – in October last year the former hospital was granted Grade II listing, in part due to its history at the vanguard of women’s health.

This makes it a potentially less lucrative prospect for redevelopment.

“That’s the hope at the moment. It’s not just a selfish hope, it’s wider, thinking about the community return for everybody involved.”