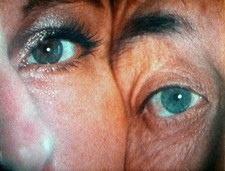 Friday 3rd February – Sunday 26th February 2012 Admission £5 ( £4 concessions)
Tate Film presents a major survey of the work of Barbara Hammer (b. 1939) in February 2012. This month-long series of Hammer’s work will include screenings of early, rarely seen Super-8 films, an evening of free expanded cinema performances in the Turbine Hall, and special events featuring artists and speakers from across Europe and North America. The season will be launched with a premiere of her new short film, Maya Deren’s Sink (2011), a tribute to Deren’s longstanding influence on the artist.

A pivotal figure in American experimental film and an acclaimed pioneer of queer cinema, Hammer’s prolific output includes the earliest avant-garde films that openly address lesbian life and sexuality. Her work remains of fundamental importance for a new generation of artists exploring new voices and new modes of experimenting with the moving image.

Hammer said that ‘as an experimental filmmaker and lesbian feminist, I have advocated that radical content deserves radical form.’ She has fearlessly pursued innovation from her earliest experiments with sexuality and feminist identity in the 1960s and ‘70s to her stunning perceptual and optical printing experiments during the 1980s and the documentaries she continues to make that unearth secret histories and give voice to those traditionally without one. Her films have transformed the screen into an active and experimental field that powerfully brings together images and the bodies they represent.

Barbara Hammer: The Fearless Frame has been curated by Barbara Hammer and Stuart Comer. Programme highlights include:

Tate Film presents inspiring films, videos, installations and performances made by artists and filmmakers who seek to challenge the conventions of moving image and to examine its changing role. Tate Film has become one of London’s most important forums for artists’ moving image work and provides an opportunity to view exciting films by emerging artists and rare historical material that reflects the fascinating trajectory of experimental cinema.

Tate to close all galleries from tonight March 17th