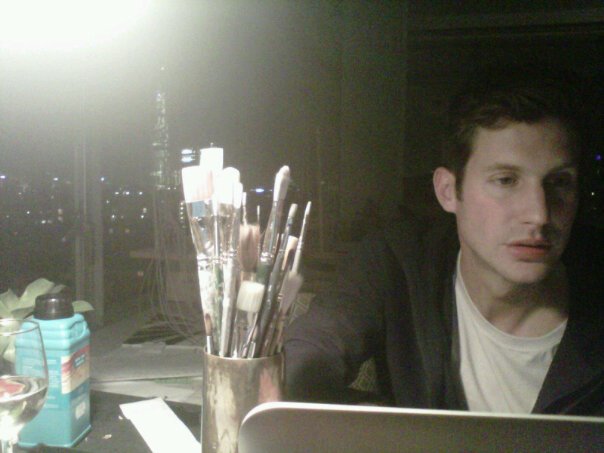 I first met Dalton a few weeks ago, just prior to the unveiling of the flag he has recently designed for the Fine Art Society and which replaces the 120 year old FAS banner. The newly designed flag now hangs from the Victorian building and is a thing of beauty. It is made up of brilliant red and shimmering gold, which together combine to present an image of strength and elegance. This majestic flag visibly stands out and far outshines the bright lights of the Jimmy Choo store opposite.

Dalton explains that the materialist battlefield that is New Bond Street provided key inspiration for his design. Within the flag, Dalton interlinks organic detailing that is synonymous with his work,  with the materialist surroundings it is located in. The torn appearance of the flag conveys the fight for luxury goods that we spend our entire lives attempting to acquire, while simultaneously  signifying the new direction that FAS is taking.
On closer inspection, the rips are seen to be extremely intricate and delicate line drawings of bull rush plants which are typical of Dalton’s art. The weaving together of the natural with the industrial can be easily identified in his wall murals but translate with ease into the flag design.
Dalton is, perhaps,  best known for his wall murals. They are vast, detailed drawings that can be seen across the stairwell in Liberty of London (where they are punctuated with Swarovski crystals), in Barneys, New York and at the Park Hyatt in Beijing.  Similar to the flag, the wall murals connect the organic with the material. However, the vast drawings also work to reposition the traditional art form into the modern world. Both the final product and the process by which it is formed take a journey through old and new.  Everything from the latest Mac to a 1990s projector and laminate are employed by Dalton to achieve this.
During our second meeting, Dalton modestly referred to himself as a painter and decorator.  Yet, not many painters and decorators are preparing for an exhibition at The Courtauld Institute of Fine Art this January. The exhibition is entitled MATERIAL MATTERS and will feature Dalton’s work alongside that of Damien Hirst, Howard Hodgkin, Rachel Whiteread, Thomas Allen and Arman amongst others.
Dalton’s work is simply stunning. The delicacy of line, shape and detail come together to forge a dramatic dialogue that reconfigures the viewers relationship with space and transports us to new worlds. It is a journey we must all go on.  Visit www.hugodalton.co.uk/ to see more of his work. 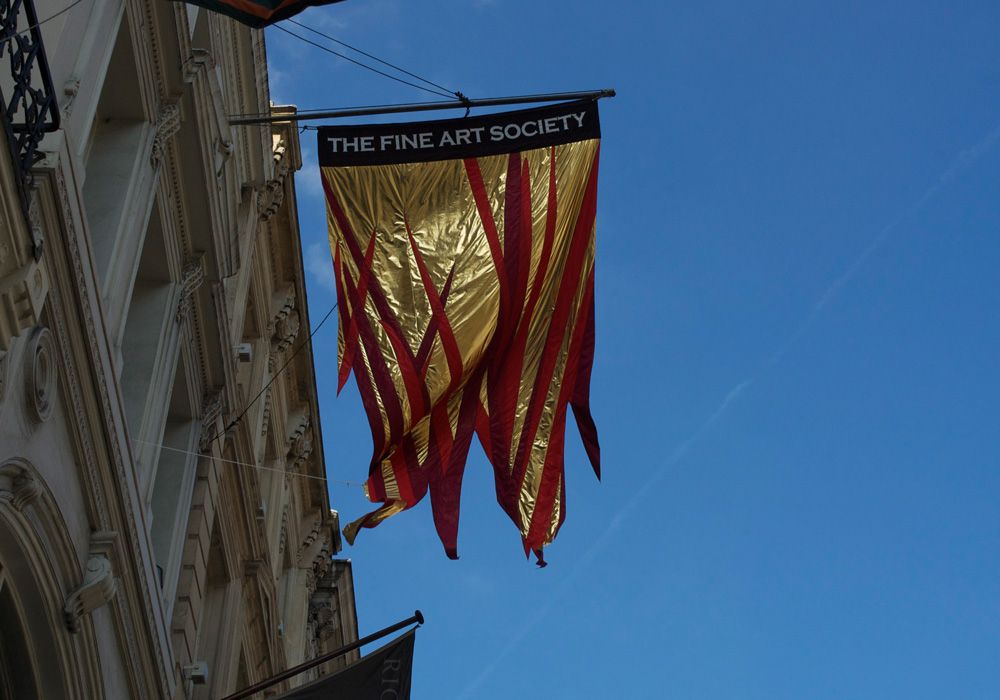