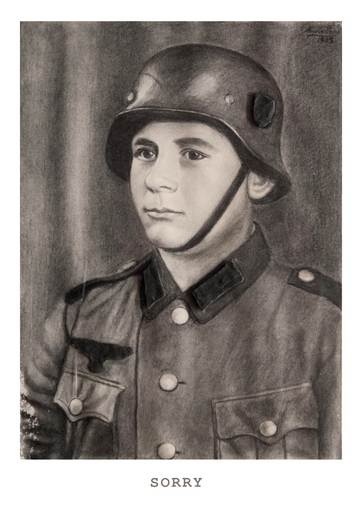 Henrik Jacob, born in Dresden, was 17 years old when the Berlin Wall came down and less than a year after that his country, the former GDR, was relegated to the pages of history. One can only imagine today what it must have been like to come of age in GDR at a time of such a complete sociopolitical upheaval, followed by the death of a state and a whole system of thought. Whether this experience spurred Henrik Jacob to choose to make art as a career is a question probably best left open, but the mild and humorous pictorial persuasions that populate his work owe much to the absurdity that came from the collapse of the Eastern bloc and what led it to exist in the first place.

After graduating from the Academy of Fine Arts in Bremen in 2001, Henrik Jacob moved to Berlin and began working with several long-term art projects, which include a series of drawings entitled “eddings”. Emanating from bad German advertising, general cheap thrills and a propensity for playing on words, these drawings combine to form a sprawling world of mysterious and absurd imagery. Even though these works arrive from a single vantage point, they are also strangely generous and open-ended. One could consider the “eddings” as one-liners, yet for their confident draftsmanship they have a staying power that lingers long after they have dispensed their initial effect. The artist has tapped into the classic modes of representation as experienced in 18th century prints and engravings and also drawing as perceived prior to the invention and spread of photographic techniques in the mid-19th century. The ongoing themes of the “eddings” act as a window to the everyday illogicality we have all experienced at some point in our lives.

Another project is called “rubbings.” These works replicate the act of drawing, but are created from the transfer of photographic newsprint onto architectural paper. The source material is always specifically chosen from the “quasi-intellectual” magazine Der Spiegel. This German weekly magazine is notorious for elevating tabloid style drama into high-culture and is favored mainly by German conservatives. Der Spiegel gives license to low-culture by representing it from a disinterested and elevated viewpoint, thus reversing the usual process of downgrading serious news to, in common parlance “cheap thrills”. The images, having undergone Henrik Jacob’s treatment have a three-dimensional, almost sculptural quality to them as the artist resets their content as floating tableau’s, now released from their original context. His intervention in the image, by only transferring a bare minimum of visual information, invites us to suspend our disbelief in pictorial truth to the point of the absurd.

The main project that has engaged the artist throughout his career is his investigation how familiar pictures from popular culture are constructed and what lies behind our desire to give them credence. This series, called “knete” is a manifestation of what happens when one approaches image making from an entirely novel viewpoint and methodology. The “knete” series are in fact, hand-sculpted images, made entirely from black, gray and white modeling clay that appear, at first glance, to be blurry photographs. The artist is playing with our senses: our eyes want to “flatten” his pictures, to reduce them to reproductions of the photographic source from which they originate. But each piece of modeling clay that makes up the final picture has been painstakingly applied by the artist to build up a believable image. Our concept of image making is forced to take a detour under Henrik Jacob’s playful ‘in and out’, ‘back to front’ and ‘upside-down’ handling. His images are not photographs and they are not paintings. Yet we see them as images, but are they sculpture? The artist’s handling of the picture plane in the “knete” series suggests a closet sculptor, caught in a painter’s body. It is clever, when we find ourselves subscribing to Henrik Jacob’s play on image making, but we are never deceived. Instead, as onlookers, we are invited to share in the open-ended theater of everyday psychodrama, obsessively and compulsively embossed by the artist’s thumbprints. 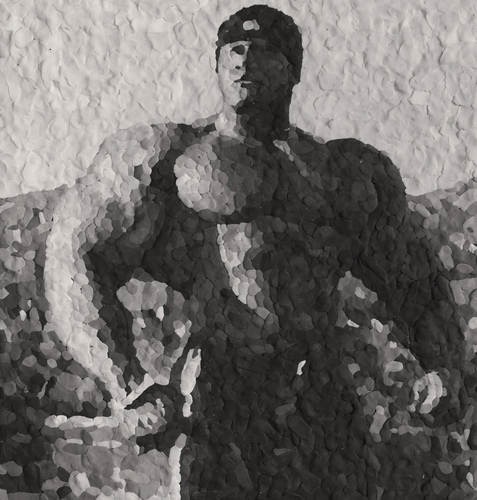 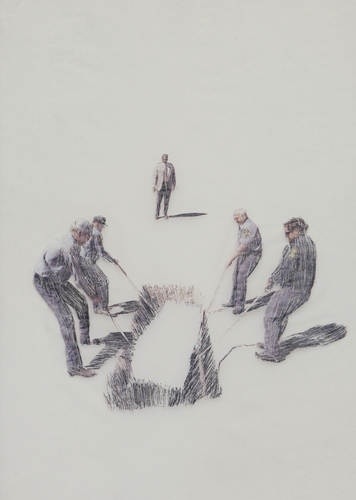 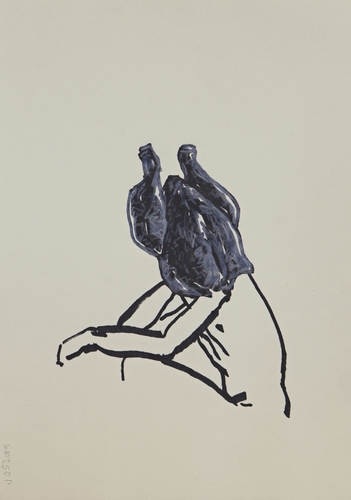 WIN a Joram Roukes Signed Print where you choose the colours !

It’s first Thursday, and there is LOADS on. Check out our round up below, and click through to this week’s […]

Another busy Thursday, another FADmap! Here are our recommendations to a few of the things going on this evening, there […]