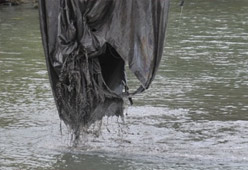 An exhibition of new sculpture by Matthew Barney. “DJED” marks Barney’s first New York exhibition of the “Ancient Evenings” project, which has been in progress since 2007. Featuring three large-scale sculptures, this exhibition represents a departure from Barney’s signature materials, presenting his first major works produced from traditional sculptural and industrial metals such as iron, bronze, lead and copper. The exhibition will also include new drawings, which delicately map the character and thematic development of the project.

“Ancient Evenings” is a multi-part project structured as a site-specific opera in collaboration with Jonathan Bepler, loosely based on Norman Mailer’s 1983 novel of the same title. Set in ancient Egypt, Mailer’s novel chronicles the seven stages of the soul’s progression through death and rebirth according to Egyptian mythology, as told through the story of one man. While Mailer’s narrative focuses on the transformation of the human body, Barney enacts the recurring cycles of reincarnation through the use of an automobile, creating a contemporary allegory of death and rebirth within the American industrial landscape. The sculptures on view are both formally and conceptually related to the 1967 Chrysler Crown Imperial from Cremaster 3. Revolving around three generations of American automobile design, the “Ancient Evenings” narrative is rooted in the reincarnation of its leading protagonist, the Chrysler Imperial.

Throughout “Ancient Evenings,” the figure of the Chrysler Imperial both embodies the narrative of the project and carries it forward, weaving together the genealogies of material and myth into sculptural form. The centerpiece of the exhibition, DJED, is a monumental cast iron sculpture that was poured during a live performance of the opera’s third act in 2010. The primary form of DJED is the undercarriage of the Chrysler Imperial, modified to evoke the pillar-like hieroglyph of the Egyptian god Osiris’ power. For this work, twenty-five tons of molten iron were poured from five custom-built furnaces into an open, molded pit in the earth at the site of a derelict steel mill along the Detroit River. 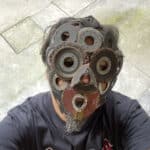 Just opened at Gladstone Gallery is an exhibition of new works by Damián Ortega. Known for his
uncanny ability to transcend ordinary objects into entities with complex narratives, the artist presents a
series of sculptural masks that explore the significant social, economic, and personal narratives embedded in the ephemera of the everyday. 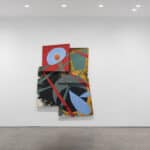 This is Gladstone Gallery’s first exhibition with the Estate of Elizabeth Murray.

This is Gladstone Gallery’s first exhibition with the Estate of Elizabeth Murray after announcing representation in the summer of 2020. […] 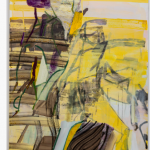