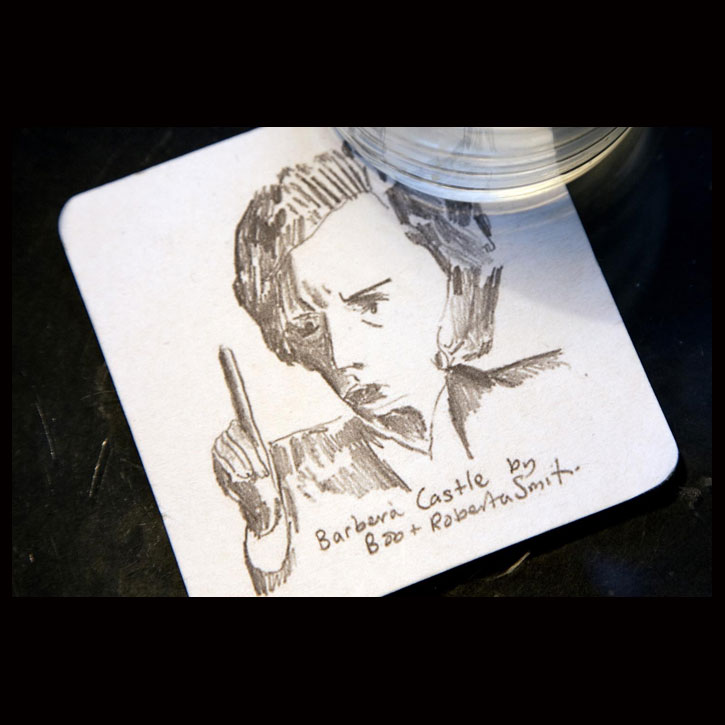 Beer mats (Or Coasters as they are also known), are a fairly innocuous addition to most bars and pubs. They are as much a part of drinking culture as salted peanuts and beer itself. But, like the local boozer, the beer mat is under threat of extinction. As pubs up and down the country close, we don’t only lose hubs of the community, but the many traditions and objects associated with them. It’s not only tegestologists (beer mat collectors), who should be worried, the decline of the beer mat would mean more than the loss of a convenient bit of paper to put a phone number on at the end of the night if you get lucky. If we lose the traditional beer mat we lose a whole world of culture, imagination and dreams. Beer mats for me are similar to alcohol, in that they reflect the good times and the bad in equal measure. The optimism of a great night out and the despair of whatever every daily tragedy you care to mention.

When I was asked to organise a project at the Bun House, I knew I wanted to do something which integrated artworks with the setting the gallery exists within, The Bun House pub. I wanted something that would be seen by the pubs regulars as well as the arty types who come by for the shows. That’s where the beer mats came in. The idea is that for the duration of the project the artist’s beer mats will be placed on tables in the pub along with regular beers mats. Viewers who come to see the project will be directed to the tables where the artist’s beer mats are located in the pub. I love the idea of artists designing beer mats that will actually be used in the pub. I really hope people put their pints on them and that they are the starting point for many debates and conversations. Not just about art, but everything people talk about in pubs. Life, death, politics, football and this very galaxy we call home.