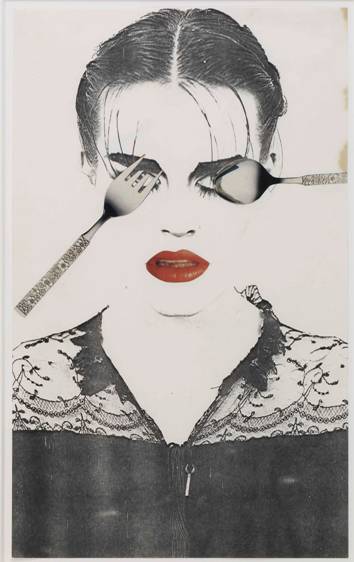 The new Arts Council Collection touring exhibition Transmitter/Receiver traces some of the uses of collage in British art from the first influences of the Parisian avant-garde, in the early work of Ben Nicholson and British Surrealists Eileen Agar and Roland Penrose, through to present day practitioners such as Steve Claydon, David Noonan and Idris Khan. It includes traditional collage on paper, alongside painting, sculpture, film and slide projections, all drawn from the Arts Council Collection. After premiering at MIMA it tours to The New Art Gallery, Walsall (4 May – 1 July 2012); Usher Art Gallery, Lincoln (August – October 2012), Aberystwyth Arts Centre (November 2012 – February 2013) and Tullie House, Carlisle (16 March – 12 May 2013).

Collage as a medium has existed and been used for centuries, whether as the assembly of materials to make artworks or the gathering of memorabilia or objects to form a scrapbook. As an art form is was made famous by the Cubist collages of Georges Braque and Pablo Picasso. This exhibition covers British works from 1930s to the present day and explores how collage has arguably become the default medium of the twenty-first century – it is now commonplace to sample, appropriate, mix and mash materials from across a vast range of media and assimilate these elements to articulate one’s own vision. The exhibition title comes from the words of the French critic Nicholas Bourriaud – we are no longer either passive receivers or authoritative cultural transmitters, but potentially both simultaneously.

Transmitter/Receiver shows the diversity of approaches and themes addressed by artists through the medium of collage, from the bold experimentation in breaking down the barriers of high art in the first half of the 20th century, to the increasingly political critique of the commercial world by Richard Hamilton and Eduardo Paolozzi in 1950s & 1960s. In the 1970s, Feminist artists such as Linder used collage to rebel against the advertising industry’s casual commodification of the female image, while artists such as John Stezaker felt the need to jolt his viewer out of a passive acceptance of the relentless barrage of visual material. Recently artists such as Steven Claydon and Idris Khan have appropriated film techniques of cutting and splicing to create complex video collages.

The exhibition is accompanied by a small publication to which visitors to the exhibition will be able to take away labels for selected works to insert into the book, in the style of a scrapbook. 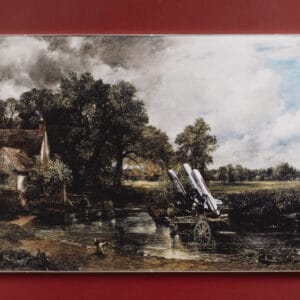 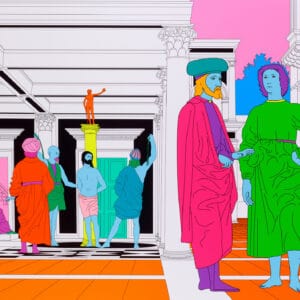