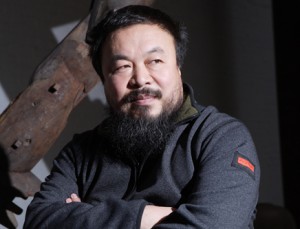 This article titled “Artist Ai Weiwei released on bail by Chinese police” was written by Tania Branigan in Beijing, for theguardian.com on Wednesday 22nd June 2011 14.42 UTC

China has released world-famous artist Ai Weiwei on bail after more than two-and-a-half months of detention and a sustained international campaign calling for his freedom.

He said he could not comment further on his detention as he had been released on bail, adding “please understand”.

Beijing police said they had released the 54-year-old “because of his good attitude in confessing his crimes” and a chronic illness, Xinhua news agency reported.

Ai’s sister Gao Ge confirmed that he had just returned home. “I’m very, very happy,” she said repeatedly. “We thank everyone, including our media friends, for all their help and support so far.”

Ai’s detention on 3 April sparked an international outcry. He vanished after he was detained by police at Beijing airport.

Officials later said he was detained on suspicion of economic crimes, but police did not notify his family of detention.

The Xinhua report added: “The decision comes also in consideration of the fact that Ai has repeatedly said he is willing to pay the taxes he evaded, police said.

The article gave no details of what has happened to several friends and colleagues of Ai, who went missing shortly after him.

“His detention was political and his release is political. It is the result of a huge domestic and international outcry that forced the government to this resolution … I think Beijing realised how damaging it was to hold China’s most famous artist in detention,” he said.

Bequelin said he expected Ai to be allowed to return home, but that he would probably not be allowed to travel abroad without official permission and would have to report to police regularly.

The Chinese government has said that Ai was arrested for economic crimes, although his family believe it was retaliation for his social and political activism.

Some human rights campaigners thought the economic focus of the allegations was intended to make it harder for other governments to press Ai’s case. But others suggested that it offered officials the possibility of drawing back – as they appear to have done – whereas it would have been too embarrassing to drop political charges.