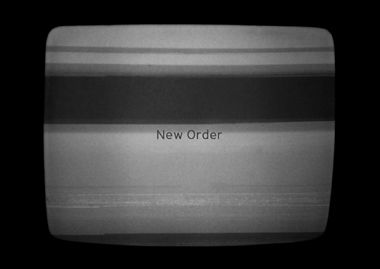 ‘The dream of a suitable political work of art is in fact the dream of disrupting the relationship between the visible, the sayable, and the thinkable without having to use the terms of a message as a vehicle.’
Jacques Rancière, ‘The Aesthetics of Politics’ (2006)

The relationship between aesthetics and politics has been a polemical issue for much of the history of art. In particular, the late twentieth century saw an overt politicisation of critical discourse amidst collapsing colonial hegemonies, global wars and the emergence of civil rights movements across the world. This was coupled with artists questioning the principles of modernism opening up the debate as to what constituted a work of art. A number of key figures emerged on the international art scene, whose practice specifically dealt with issues of power structures, race, injustice, gender and dissent. The works featured in ‘New Order’ share a focus on the transformation of social or ideological structures that shape experience, and in different ways they explore existing communal, political and physical constructs of the everyday.

The formal geometry and commonplace materials of Miroslaw Balka’s ‘Kategorie’ (2005) lend the work a pared-down aesthetic generally connected with Minimalist and Conceptual art. A six-metre long, two-metre high tunnel is interrupted by five fine coloured threads, suspended from rotating motors on the ceiling. The work is rich in associative historical and political references, such as the traumatic memory of wartime atrocities in his native Poland which Balka has addressed throughout his practice. The colours of the strands – red, violet, green, pink and black – are the colours assigned to uniforms identifying different categories of prisoner in the concentration camps (red for political prisoners; violet for Jehovah’s Witnesses; green for criminals; pink for homosexual and bisexual men; and black for Romany people, alcoholics and individuals with learning disabilities, among others).

Part of Doris Salcedo’s ongoing series in which found domestic furniture is used as a vehicle to explore the traumatic political history of her native Colombia, ‘Untitled’ (2008) features tables and wardrobes, conjoined and partially entombed in concrete. The re-assembled components of the hybrid form of the sculpture, each through use embedded with a material history, function as silent witnesses to implied personal and collective narratives.

Rooted in black urban experience, David Hammons’ practice comments on the iniquities present within social, political and economic systems. Critiquing the relationship between high art and the street, his sculptures often feature found objects laden with cultural association. Hair clippings swept from the floor of a Harlem barbershop are fashioned into a cornrow hairstyle upon a smooth oval rock in ‘Rock Head’ (2000), while in ‘Which Mike Would You Like to Be Like?’ (2001), Hammons takes three vintage microphones that serve as surrogates for three prominent figures in recent popular culture – Michael Jackson, Mike Tyson and Michael Jordan – referencing the limited range of role models for young African-American men.

The densely-layered, collaged paintings of Mark Bradford also incorporate materials salvaged from an urban setting, including torn bill posters or newsprint. The abstract compositions reference alternative cartographies that burgeon within cities, such as the spread of an economic underclass, the movement of immigrant communities and race relations. In ‘Strange Fruit’ (2011), fragments of text drawn from the local ‘merchant posters’ Bradford frequently uses echo across the painting, while the title is taken from the protest song about the lynching of African-Americans in the 1930s, sung by Billie Holiday.

In Julie Mehretu’s ‘Mumbo Jumbo’ (2008), a swirling vortex of shapes and marks on a grey ground, overlaid with architectural passages, give the sense of a gathering storm. Made on the occasion of the inaugural New Orleans Biennial in 2008, the painting conveys the destructive power of uncontrollable nature within a stricken cityscape, mired in bureaucratic chaos.

In 1969, Anselm Kiefer photographed himself in a variety of imposing locations (often in settings evocative of German Romantic imagery) making the Nazi salute. The resulting series, entitled ‘Besetzungen’ (‘Occupations’), provocatively confronted the blanking out of history and questioned the collective guilt of an entire post-war generation in Germany. In the works presented in the current exhibition, ‘Heroische Sinnbilder’ (2011), Kiefer revisits the iconography of his own art history, as a means of investigating the resonance of totalitarian symbols across the passage of time.