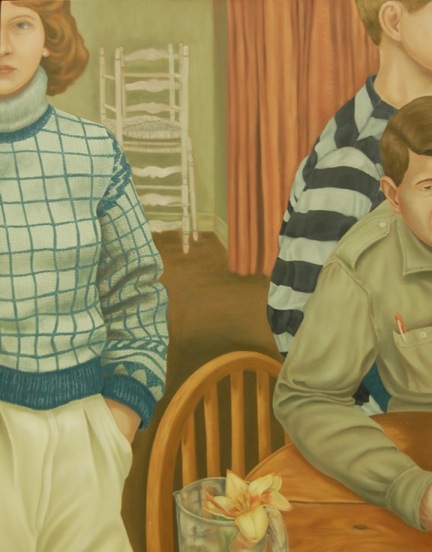 This is Michael Cline’s second solo show with the gallery, Arcadia.
In this most recent series, the imagery centers largely on the domestic and is executed in a careful and precise way. His paintings, drawings, and sculpture describe mysterious scenes of work and play. As such, we are privy to private moments and ambiguous narratives decidedly more strange than their straightforward presentation might suggest. Free from the constraint of public life, Cline’s characters seek the knowledge of their true natures, engage in games, organize their affairs, and reflect on memories. Surrounded by objects of comfort and habituation, they inhabit a dreamy world of both quiet introspection and busy work.