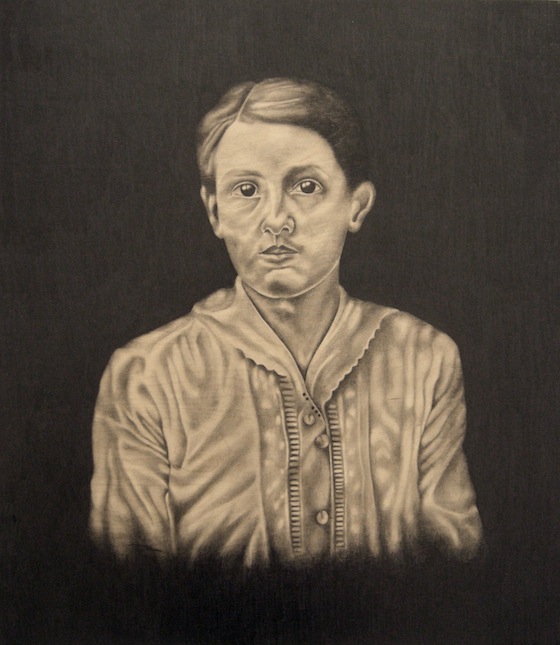 9 March – 9 April 2011
The people in Anobile’s pencil portraits, often in 19C attire, gaze out at us with an unnerving stare. Sometimes there is an ambiguity about their gender. A sense that they are hovering in time and space is accentuated by the surrounding darkness and the suggestion of burn marks.

Doubles, doppelgängers, pairs and paradoxes are the basis of Anobile’s evolving exploration of simulcra and the uncanny: two portraits, seemingly identical, but if you look carefully they are not the same; Yeti-like creatures mirroring themselves and each other; a peep show that confounds expectations.

Kayde Anobile studied at the Art Institute of Chicago. She completed an MA in Fine Art at Chelsea College of Art and Design in 2010.
www.tintypegallery.com