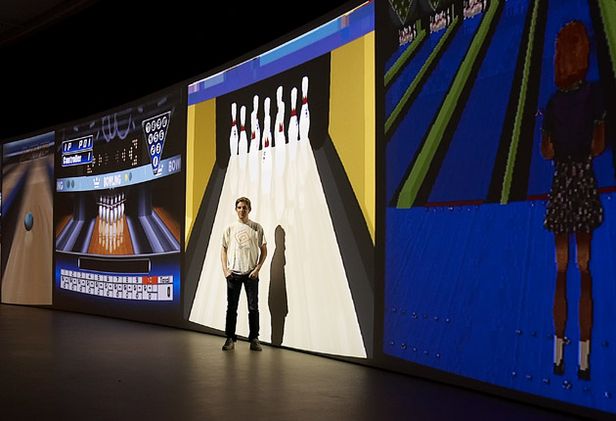 Brooklyn-based Cory Arcangel is one of the leading media artists of his generation. He often appropriates, manipulates and subverts new media, including video games, computer software and the internet. Arcangel’s project for The Curve, a co-commission with Whitney Museum of American Art, is an installation featuring 14 bowling video games from the 1970s to the 2000s. Looped to play scoreless games, they create an immersive sound collage from the abstract static Atari, to Nintendo’s bleeps and bloops, to the more realistic electronic simulation of bowling sounds of recent PlayStation consoles.

Arcangel also displays the video-game consoles themselves, each with a small computer chip attached, flickering at one end of the darkened gallery. Beat the Champ, opens in The Curve on 10 February 2011.

Arcangel’s digital interventions are particularly relevant in an age where technology is ever more important. Often brightly coloured and at first glance uncomplicated, his works consistently question the relationships between contemporary culture, art and technology.

The artist first came to prominence with the piece Super Mario Clouds in 2002 for which he reworked the popular Mario Brother’s game, erasing all the familiar features, leaving only endless scrolling clouds on an otherwise fully-operable Super Nintendo game cartridge. This idea of ‘reworking’ appears in much of his work. I Shot Andy Warhol (2002) features well-known public figures such as the Pope, Andy Warhol, and Colonel Saunders as shooting targets in 1980’s arcade game Hogan’s Alley. Here the artist once again hacked into the system of the game to create this film and while t he subject remains distinctly humorous and accessible, the work manages to spark a critical analysis of our disposable culture. 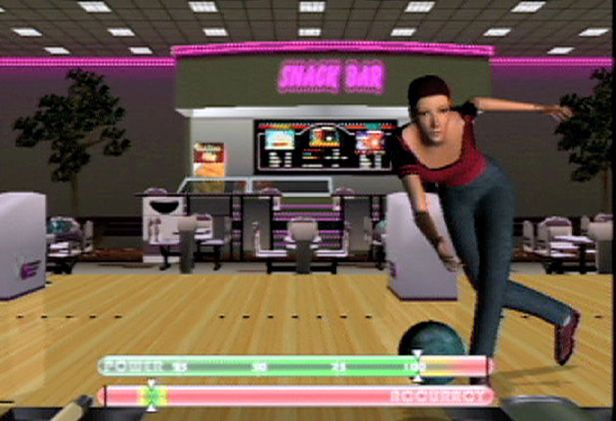 Arcangel’s continued interest in digital culture and the computer as an art medium is evident in the video work a couple thousand short films about Glenn Gould, 2007, which rescores Johann Sebastian Bach’s famous 1741 composition the ‘Goldberg Variations’. To produce this two-screen installation Arcangel spliced together around 2000 clips of performances, taken from video sharing web sites such as YouTube, by anonymous guitarists, keyboard players, tuba players and other music enthusiasts from around the world. Each note of the score jumps between short clips of different musicians, with each screen carrying a separate melody line. The final affect is a montage of films of unknown musicians unintentionally collaborating in a recreation of Bach’s masterpiece.

The ability and desire to reach beyond an art context is also seen in the artist’s release of source code and posting of instructions online and in the titles themselves. One example of this is in the series of large-scale, highly-coloured prints entitled Photoshop, 2008, where the title of each print is the unique code and mouse click sequence need to create the work in Adobe Photoshop. Photoshop CS: 110 by 72 inches, 300 DPI, RGB, Square pixels, default gradient “Spectrum”, mousedown y)1098 x=1749.9, mouseup 7)0 4160, x)0’ is, for instance, all the information needed to produce the image.

Born in 1978 in Buffalo, New York, Arcangel graduated from the Oberlin Conservatory of Music in Ohio and has gained attention in the past decade for his digital works, videos, music and performances. He has had solo exhibitions in the United States and Europe, including the Museum of Contemporary Art, North Miami, 2010; Northern Gallery for Contemporary Art, Sunderland, 2007–08; and Migros Museum für Gegenwartskunst, Zurich, 2005. His work has also been presented in the Whitney Biennial and the Liverpool Biennial, both 2004, and other group exhibitions including Museum of Modern Art, New York New Museum; Solomon R. Guggenheim Museum; Kiasma, Helsinki; and Instituto Valenciano de Arte Moderno, Valencia. 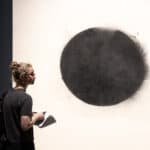