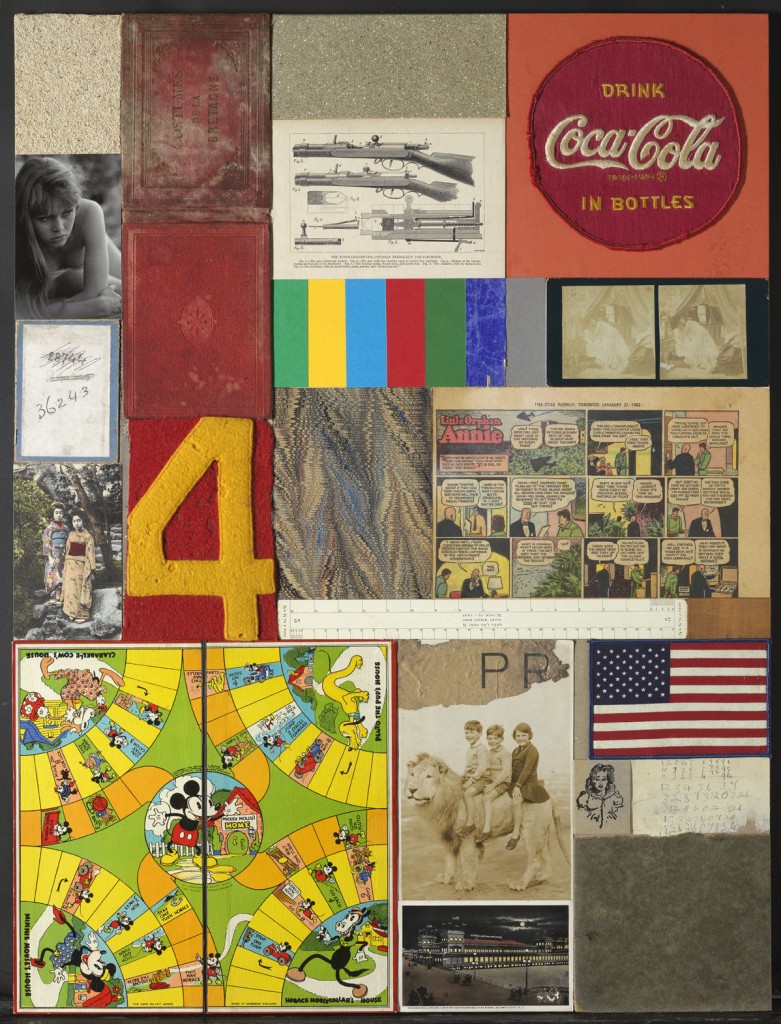 “One of the really original British Artists of the last century; a visionary of a kind.” Jonathan Jones

Peter Blake is an inveterate collector of everything from pop culture to found objects and seaside detritus; he has drawn on this magpie-like hoard to produce ten series of work; each consists of five pieces dedicated to each artist, taking the artist’s style and working with it to create a work of his own. 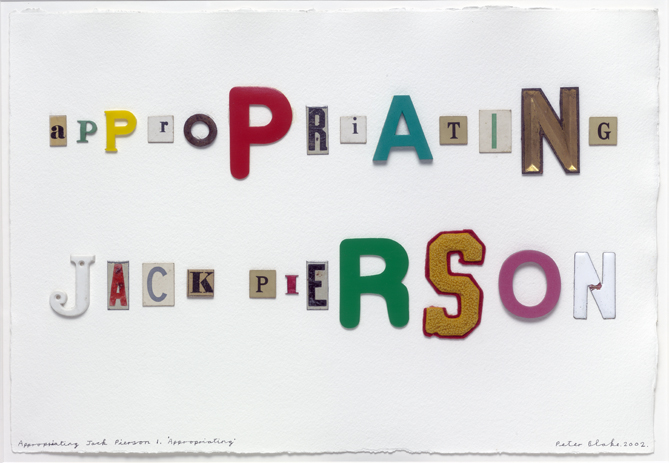 The results are full of gentle humour. Blake salutes Saul Steinberg with a series that includes the three-dimensional Parade for Steinberg, in which The Simpsons, The Smurfs, Rupert Bear and friends promenade past the artist.

“A cleaned-up Rauschenberg” is how Blake describes the board-game collages he has made in honour of Robert Rauschenberg. His tribute to H.C. Westermann is a collection of death ships and galleons populated by miniature gangs engaged in pitched battle, such as farmers against punks, cowboys against indians, soldiers versus characters from Disney and knights fighting people being frightened in ‘B movies’.

Talking about the exhibition, Blake says: “These pieces are my nod of appreciation, a way of saying thank-you to artists whose work I like. It began with Appropriating Jack Pierson. I liked Pierson’s work and wanted one for myself, so decided to make my own”. Inspired by Pierson’s response to this first collage, which Pierson called “spooky” in
its accuracy, Blake made more Homages to Pierson, five of which will be in the exhibition.

Other collage-based series include Museums of Black and White in homage to Mark Dion; five delicate and tiny works in appreciation of Sonia Delaunay’s abstract book jackets; a collection of coloured paper decoupages that reference Matisse’s The Snail; and the Butterfly Man collages, based on Damien Hirst, in which Blake has laid butterfly images onto vintage postcard landscapes, enlarged to incredible detail using Giclée Print.

Five years after Peter Blake announced his retirement, he is as active as ever. Homage 10 x 5 – Blake’s Artists comes hot on the heels of his curation of this year’s Museum of Everything exhibition in Primrose Hill, in which some of his vast collection amassed over a lifetime will be on display. The fifty pieces exhibited at Waddington Galleries show the
uses to which he has put his collecting.

It is an opportunity to see Blake’s more sculptural compositions and
collages, and to appreciate again the energy and lightness of touch he brings to his work.