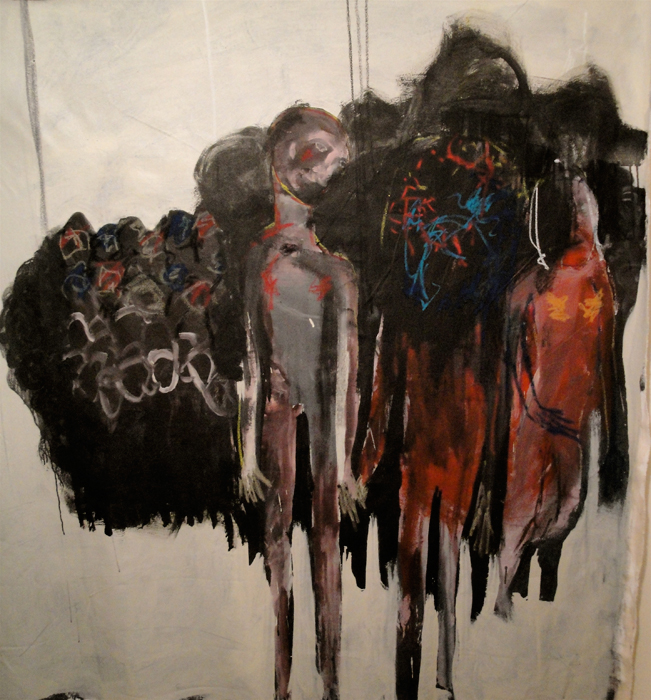 Exhibition: August 14 through September 11, 2010
In this recent body of paintings, Population, by artist and musician Tim Evans, we regard figures of discord – victims or willing limbs of the sociopolitical corpus. This is human nature which can only be understood in the arena of the brutal; dark as Baphomet’s ass without resorting to didacticism or cliché.

Evans was born in Tasmania in ’73 and attended university for sculpture, printmaking and drawing before he was lured away to tour, a habit which eventually landed him in New York. Currently based in Brooklyn, he continues to work with such musical projects as Coconuts and Bogan Dust, composing auditory threats complimentary to the viscous layers of blood, bile and tar that structure these artworks.