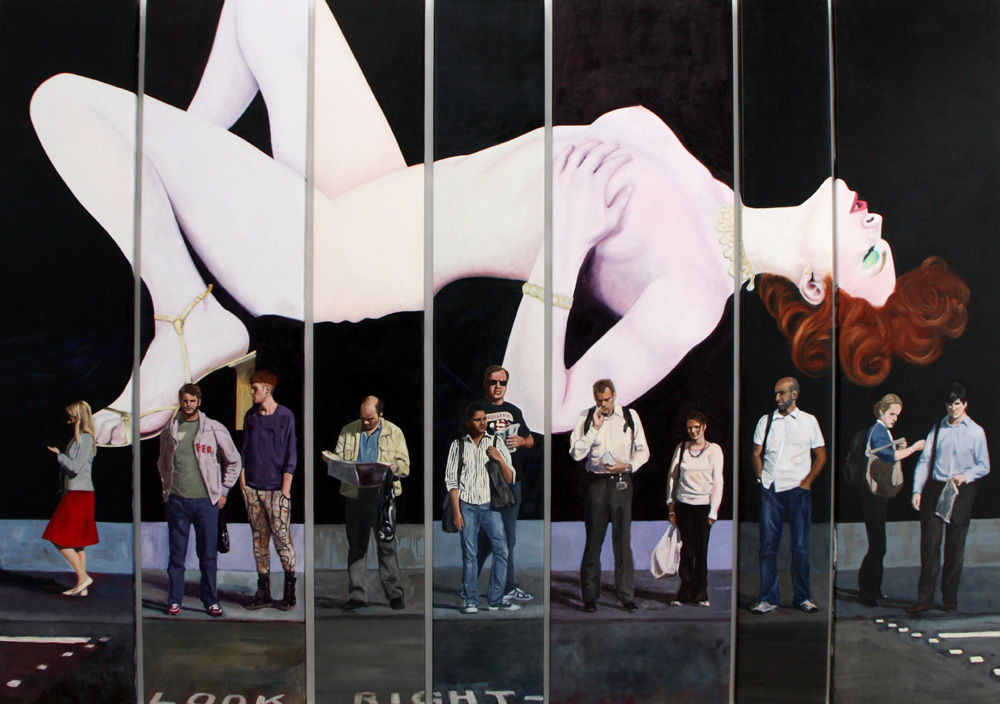 1 If you weren’t an artist, what else would you be?

Medical researcher specialised in dreams. I’d invent the first machine that decodes and shows/visualizes people’s dreams. Not to be put in anyone’s hands though.

2 Name 3 of your least favourite artists.
The Chapman brothers (that’s 2) and Paul McCarthy.

3. Anytime, any place – which artist’s body would you most like to inhabit?
Robert Rauschenberg (a good artist in a good body at a good time)

4 What is your favourite ‘ism’?
Marxism in politics. In art, it’s a toss between Fauvism and Minimalism. In religion/philosophy, it’s Buddhism.

5 What was the most intelligent thing that someone said or wrote about your work?
Image is the opium of the people.

6. And the dumbest?
Someone suggested I try watercolour instead of oil because I was using too much paint.

7 Which artists would you most like to rip off, sorry, I mean appropriate as a critique of originality and authorship?
I’ve already borrowed from a few photographers (with their authorisation when possible), in particular from Irving Penn’s Small Trade series. I’m also inspired by Mimmo Rotella’s work who, himself, like many of his generation, used public imagery from billboards and magazines. But ultimately I’d like to be able some day to produce work like the “visual poets”, in particular Cy Twombly, Anselm Kieffer and Tacita Dean. Maybe.

8 Do you care what your art costs? State your reasons!
My art costs a lot since it means that my wife has been the sole income provider in our household for four years now. But our relationship is still good. That’s the most precious thing I own.

My art may also be costing me my sanity. Or is that life?

9 What are the three big ideas that you would like your work to express?
– I raise the question of identity in the ‘Image-world’. I want to show how people are dwarfed by imagery and the coercive language of advertising. I want to contrast the real with the hyperreal, to make the real more attractive than the hyppereal. I’m trying to undo what advertising does.

– I am interested in the contrast in the need to be recognised as an individual and the need to be accepted by a larger group. Society makes us wear uniforms but we make the uniforms unique. I want to show that beauty is in the small differences between the units that make the ensemble, not in conforming to some standards imposed upon us.

– I am also interested in the relationship between painting and photography, in particular when it comes to social realism. Is this the territory of photography now? What can painting do? In a way, I’m questioning the identity of painting in the image-world. Some say that painting has been liberated by photography. I accept that. But at the same time, I believe that photography has somehow deprived painting. So I’m trying to find what painting can add that is unique in dealing with the description of the modern world. Is it the ‘aura’, the hand of the artist? Is it the abstraction, the lesser description that opens a wider door to projection? 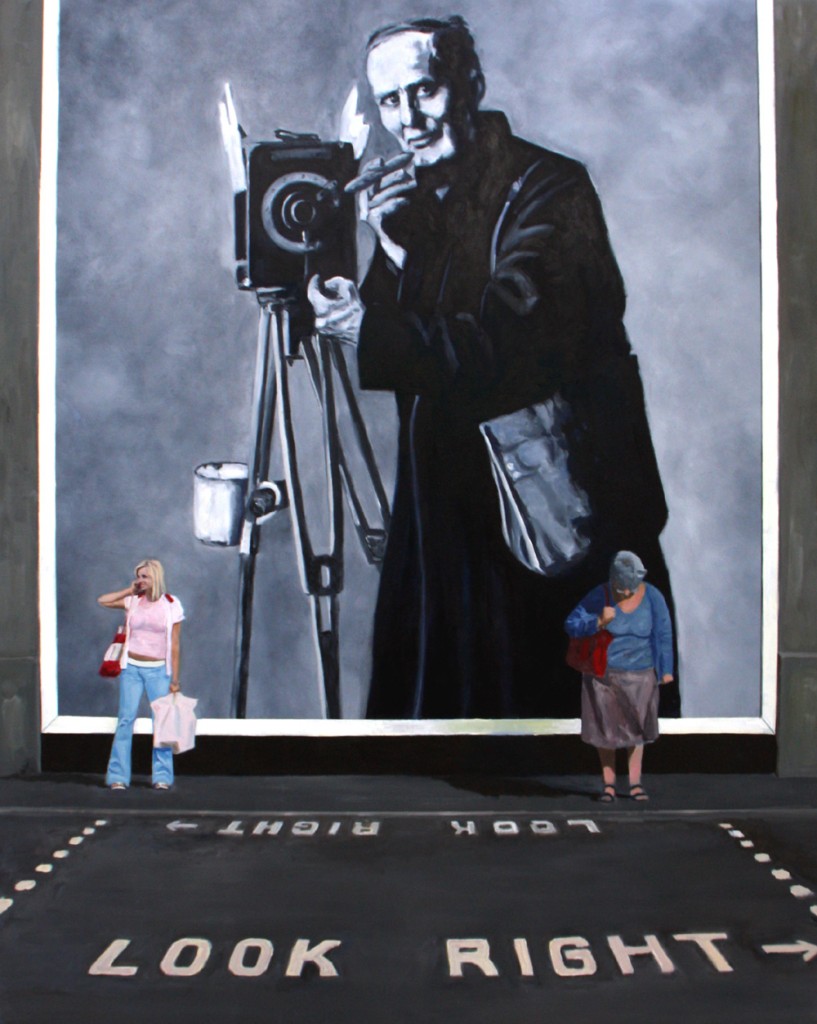 10 Are you a political artist?
I like to think that I am. I don’t want my work to be escapist, I want it to be about the here and now, and to express ideas. But it’s not easy to do politics in art. Firstly because you can be perceived as moralizing or hypocritical. Secondly because most people don’t want political art. For example, I believe that our contemporary culture is based on illusion and make-believe, a very superficial and destructive approach to the way we define ourselves and interact with one other. There is a serious problem of values and self-perception. But at the same time, I’m an image-junkie myself and I don’t escape the phenomenon. So can I denounce it? And do I want to hear it? I’ve learned that you get better results when you brush people in the right direction. If you throw things at people’s face saying: you’re bad or wrong, you should change, they’re just going to look away. Most people look for comfort in art. They want a sensation that makes them escape their daily misery. Others want something that makes them think but comforts them in making them feel more intelligent as a result. Others just want to feel cool. But very few people want to be told to change, to open their eyes on themselves and alter their views or behaviours. So it’s really tricky to challenge them at a political or behavioural level. But to me that’s one important thing that art should do. Artists are meant in my view to challenge the status quo, not just at the aesthetic level but also at a social or political level.

11 How do you start the process of making work?
Gathering material. I mainly take stealth photographs of people in the street. It feels like hunting for reality.

12 What next?
I compose a few digital collages before I start to paint.

I want more accidents to happen during the painting process, in particular with the background imagery. It’s difficult because I want the realism to survive but at the same time the process of art making can become soulless, tedious and boring for the artist (and possibly for the viewer) when there isn’t enough room for the unexpected. It’s the most frustrating thing for me at the moment.

13 If Moma and the Tate and the Pompidou wanted to acquire one of your works each, which would you want them to have?

Moma would get my Yellow Football Team. However, the guy who authorized me to use the photograph from which I painted joked that he looked forward to seeing my painting at the Tate. But the Tate would get my hyperbolic heptaptych (Image is Opium of the People) and Look Right (After Irving Penn) as long as they show them facing each other (these paintings are part of an installation). I don’t really have anything yet for The Pompidou Centre, but since they are pestering me I’ll give them my “stereo-painting” entitled Urban Jungle.

14 Complete the following sentence “Blessed art the artists, for they shall……”

…enlighten the world with their unique vision”

15 Complete the following sentence “Blessed are the curators, for they shall…”

…enlighten the world with their unique selection”

16 Complete the following sentence “Blessed are the art critics, for they shall….”

…enlighten the world with their unique interpretation… sometimes.”

17. What is your favourite cheese?
Roquefort. No contest.

18. What’s next for you?
Painting and dog walking. Hopefully a show in the Autumn. 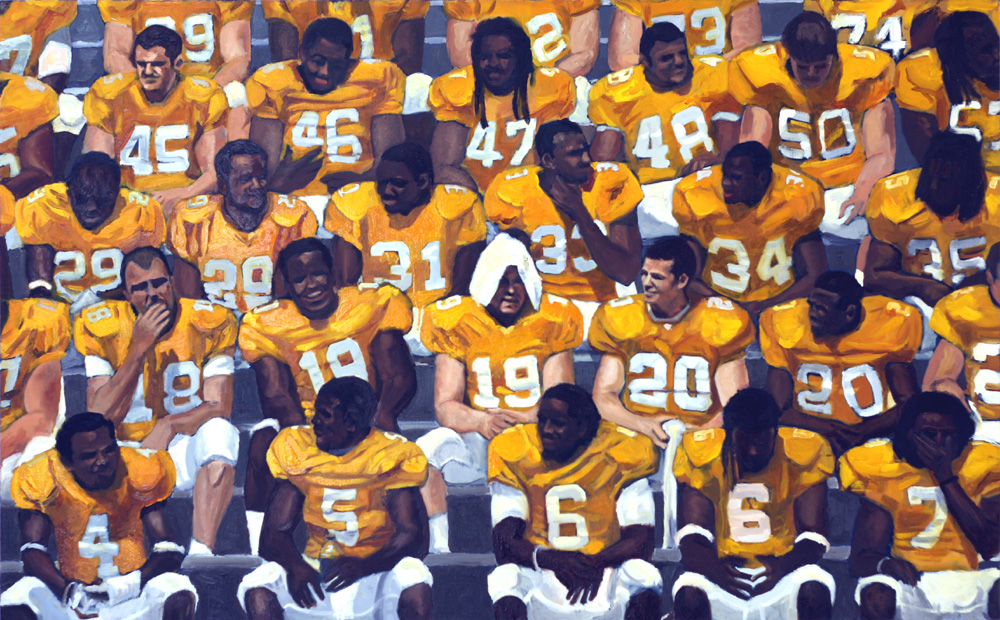 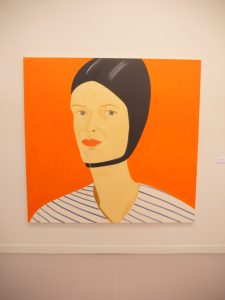 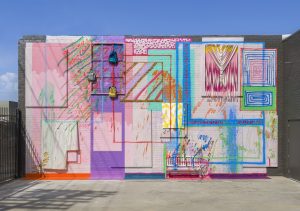 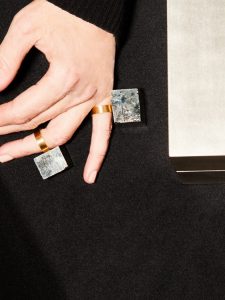 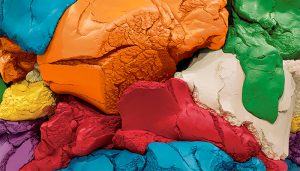