Brooklyn Stand Up at 99% Gallery - FAD Magazine
Skip to content 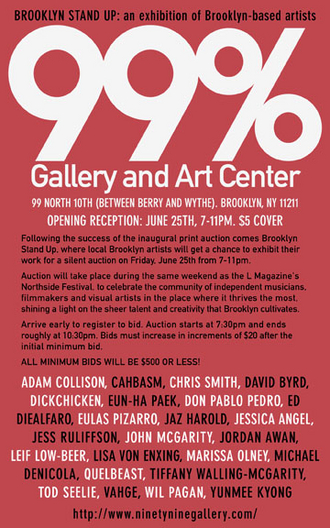 The new 99% Gallery in Brooklyn, NY has their second show on this Friday, June 25th. Brooklyn Stand Up is a silent auction with work from (you guessed it) Brooklyn-based artists. This should be an opportunity to get some very affordable artwork from the likes of Cahbasm, Tod Seelie and many others. The event will run from 7-11pm, with the auction ending around 10:30. Via:[Vandalog]