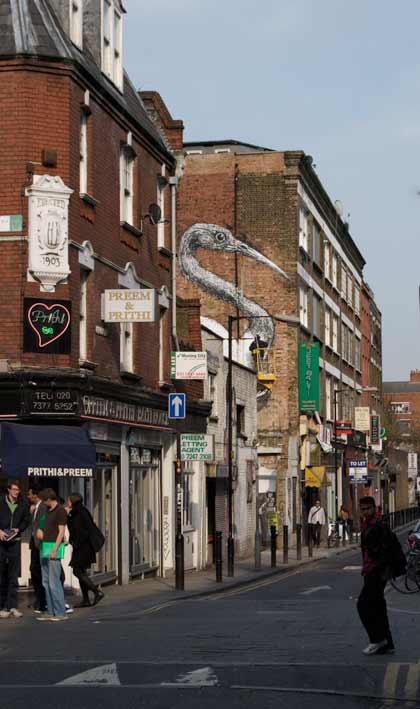 ROA has been painting a huge bird off Brick Lane today and its beautiful…
We think its the biggest piece he has done so far.
roa

ROA started painting abandoned buildings and warehouses in the isolated industrial outskirts of his hometown – Ghent, Belgium. Fixating on the animals he found there; the wildlife became the central subject matter of his work, inspired by their clever ability to adapt into scavengers in order to survive. He used the dilapidated, coarse interiors and exteriors of the unyielding landscape as a canvas to portray his large-scale creatures.

Pure Evil Gallery is proud and extremely excited to present a new body of original artwork by ROA this spring, complete with street works in the local area. Look out for a new ROA city fox appearing on a street near you.
More Images at:pureevilgallery.arloartists.com/portfolios/14531-roa