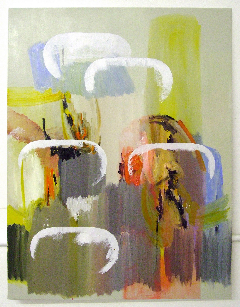 This innovative and diverse exhibition provides a unique opportunity for emerging artists at a particular stage in their development, between student and recognised artist. The exhibition supports imaginative and vibrant practice in contemporary painting by encouraging young artists during what can be their most creative period. Each of the participating artists, who must have graduated since 2000, receives an equal share of £30,000 to support them at this critical point in their careers. This fee is unusual to other prizes as it rewards every artist in the show.

The selectors, Paul Huxley RA, Callum Innes and Vanessa Jackson who are well respected artists themselvesi, have an extensive knowledge of contemporary painting and painters. In their selection, the panel aim to demonstrate the breadth of painting practice in the UK and to promote works that challenge notions of style and direction.

Exhibition Events
A series of Monday evening events will accompany the exhibition at Jerwood Space. The events will explore contemporary painting, offering a platform for debate around the topic. Events are free but must be booked in advance. For further information and to book, please contact Parker Harris, or check the Jerwood Visual Arts website. T. 01372 462190 E. jva@parkerharris.co.uk W. www.jerwoodvisualarts.org
Jerwood Contemporary Painters

Selectors:
Paul Huxley RA was elected a Royal Academician in 1987 and has been Treasurer of the Royal Academy since 2000. Previous to this he was a member of the advisory panels for the Arts Council of Great Britain and the Serpentine Gallery. He was also a Trustee of the Tate Gallery from 1975 to 1982, acting for a period as chairman of its Exhibitions Committee. Recent projects have included large-scale wall drawings in Chichester and London, and an ongoing series of paintings on a Chinese theme. In 2009 his work was exhibited in solo shows in Beijing, China, and Seoul, South Korea.

Vanessa Jackson is an abstract painter concerned with optical and illusionistic process.She was Head of Painting at Winchester School of Art until 1997, and later MA and Research Tutor at the Royal College of Art until 2008. Currently she tutors at the Royal Academy Schools. She has exhibited in solo and group exhibitions in London and internationally. Her most recent show was a 10metre wall painting, ‘Vertigo in Three Parts,’ at Sadler’s Wells.

Callum Inneshas had numerous solo exhibitions, most recently at Frith Street Gallery, London; Fruitmarket, Edinburgh; and the Museum of Contemporary Art, Sydney. In 1992 he had two major exhibitions at the ICA, London and the Scottish National Gallery of Modern Art, Edinburgh, and in 1995 he was short-listed for the Turner Prize. He was awarded the Jerwood Painting Prize in 2002 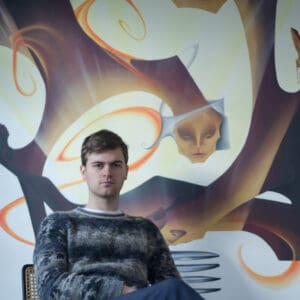 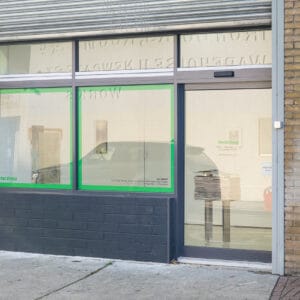 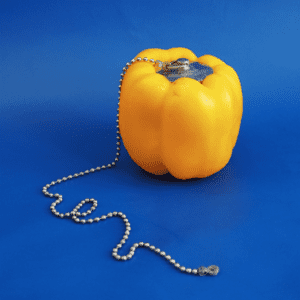 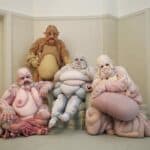