Liz Neal new painting echoes the voice of a young contemporary woman. Her portraits of familiar faces makes you wonder if there is a sarcasm behind them or merely an enjoyment of her brush strokes” voyage. She says’….As for subject matter, I let my heart out, as cheap and blind as a plastic bag.’

Neal’s previous exhibition at Sartorial Contemporary Art; ‘Some Product’ (20 February – 13 March 2009)’ were of a sexual nature and viewed by some as offensive. The paintings sexual subjects describe a restricted and parochial background which she struggle to leave behind.

Quotes by Emma Underhill on The Saatchi Gallery Magazine: Art & Music page 24, Spring 2010:‘Liz Neal’s explosively sexual paintings and installations have the kind of rude-and-crudeness found in the margins of a teenage boy’s notebook. They combine weirdness, non-specific fluids, sex, and body parts with a raw kind of dignity. The work exudes decadence; nothing is off limits; her paintings and sculptures appear to be literally dripping with bodily through her use of paint and other viscous materials. Her titles are unequivocal; for example ‘Spunk Chandelier’, made from strings of silicon that are seductively opulent and repugnant in equal measures. Her canvases often escape the stretcher frame and are pinned directly on the wall at different angles, giving them an untamed energy, a feral fuck you to the perceived conventions of a traditional painting exhibition. Neal creates porn for any sexual orientation, with busty page three girls, sitting alongside a naked Adonis or reclining ‘homme fatale’. But she’s not just offering instant gratification, as she throws in curious intrusions from other places such as an image of a Big Mac, a tin of spam or a Sun newspaper logo. Undiscriminating, and open to all, her world is one where you can explore your filthiest fantasy, if you were so inclined; but you’d have to be prepared to get your hands really dirty in the process.

Liz Neal grew up in North Wales, and attended Middlesex University. Graduated with an MA in Printmaking from the Royal College of Art in 2001, her work was immediately snapped by Charles Saatchi who bought the entire collection from her degree show. Since then she has had solo shows globally. 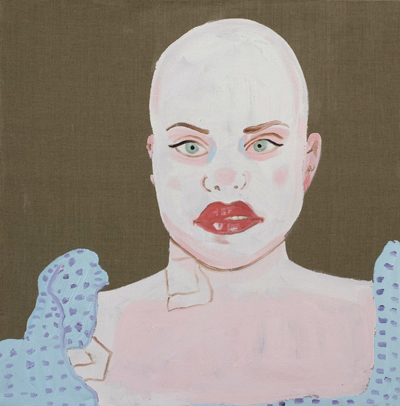 ‘I have been continuing to downsize my practice in accordance with the current climate. I have also had to embrace Acrylic paint. It’s a practical thing. I can no longer lurch around the flat covered in wet oil paint. I have a job to keep and an increasing desire for domestic order to satisfy. Tony my man and Oscar my faithful dog friend have inspired me greatly to this end. The great thing is that the credit crunch has been a time of growth for me.

I needed to enjoy everything about painting that I possibly could. The wood and fabric of the stretcher, the wet pen of brush, the mud of paint, and now also the luxury of linen. But in a pared down way, removing any excess imagery or unnecessary brushwork. The paintings were executed swiftly and barely touched after the first sitting. I have little time to dwindle. It had been a while since I concentrated on painting having lost my confidence the year before, due to some minor setbacks. Sartorial has made me strong again which has been wonderful.

Well subconsciously I had been painting all along, but I was in denial about it.

As for subject matter, I let my heart out, as cheap and blind as a plastic bag. I chose portraiture, familiar faces which sung out to me little visual poems. I collect images just as many other hoarding Artists do, from the image bins of culture, magazines, TV, Internet etc. I love swirly writing…Some images stick in my mind for a while until I relent to paint them even though I may be troubled by what I am doing. These works are about painting and the artist’s experience.

It is my desire to provoke into my life interesting conversation and to be surrounded by Art.’ 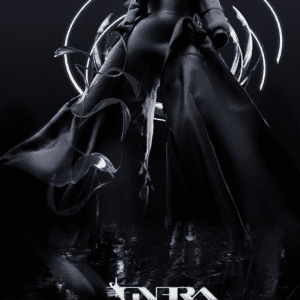 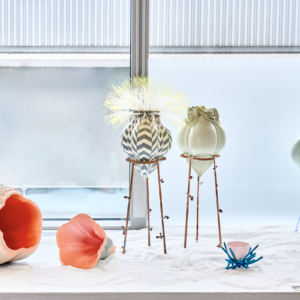 The Royal College of Art (RCA) has announced a significant new scholarship endowment that will award six annual scholarships of £35,000 each year over the next two decades – the Märit Rausing Scholarships in Ceramics & Glass – enabled by Julia and Hans Rausing.