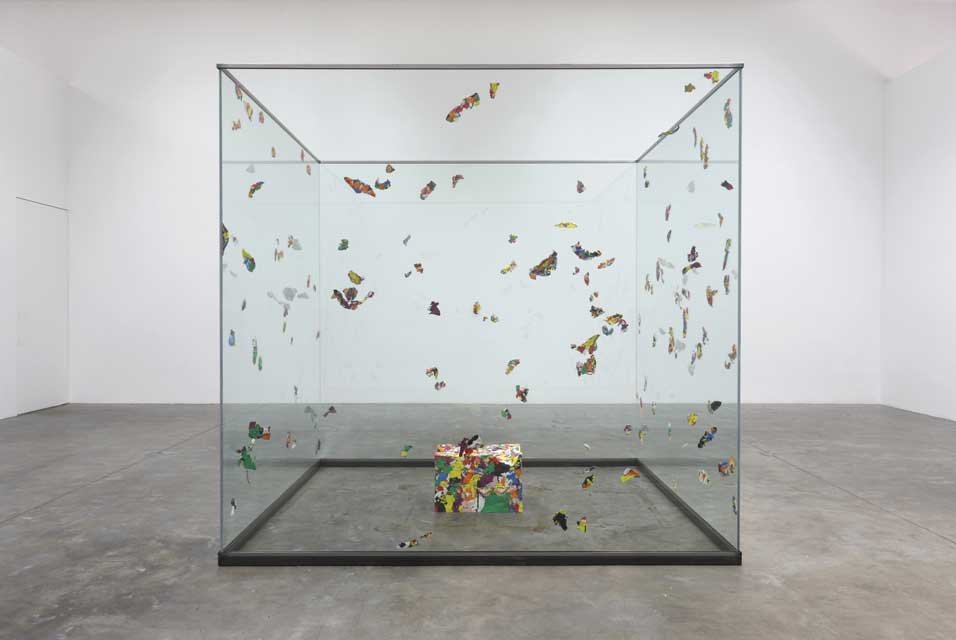 The pavilion is a large cubic glass box which becomes the stage of a private performance by the artist; what the audience sees in the gallery is the consequence of his actions. A cuboid of multi-colored plasticine modeling clay sits in the center of the box and prior to the opening François archeologically reveals sliced layers of it on the glass walls. For more than twenty years Michel François has been creating installations using sculpture, photography, film and video. It has been written about his very recent show at SMAK: “[it] is conceived like a journey through the material processes of human inventiveness and creativity. Endlessly recycling discarded materials, elemental resources and seemingly valueless matter this exhibition shows how we both make and unmake the human world we inhabit and how this reflects the simple beauty and essential fragility of humanity.”