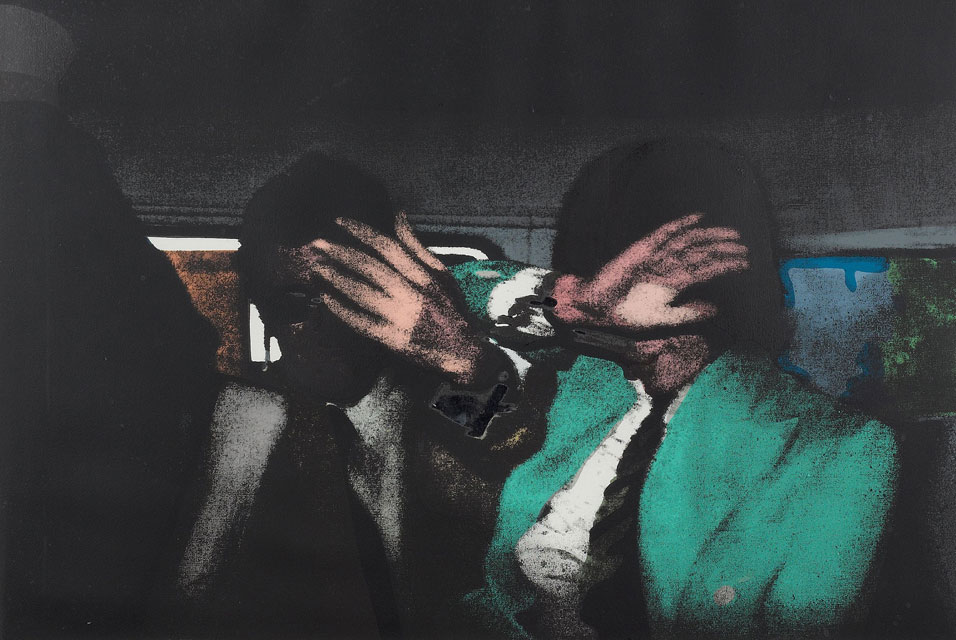 Bonhams announced that it is embracing the 1960s on 7th March when viewing opens at its New Bond Street galleries for both a specialist auction of ‘Pop and Op Art’ and the selling exhibition of ‘Pure Sixties. Pure Bailey.’ – a collection of David Bailey’s iconic photographs from the 60s.

An outstanding selection of works inspired by popular culture, and dating from the 1960s onwards will go on sale in the Pop and Op Art auction to be held at 2pm on Wednesday 10th March in New Bond Street.

The sale features works by Richard Hamilton, a key figure in English Pop Art and co-founder of the Independent Group at the Institute of Contemporary Arts in London – an organisation which was key to the movement’s development. From the 1960s Hamilton was represented by Robert Fraser and produced a series of prints entitled ‘Swingeing London’ based on Fraser’s arrest, along with Mick Jagger and Keith Richards, for possession of drugs. The sale includes ‘The Release’ from this series (1972), with an estimate of £10,000–15,000. After their arrest, William Rees-Mogg asked the infamous question “Who breaks a butterfly on a wheel?” in an editorial piece in the Times which was critical of the prison sentences awarded to the musicians, and is thought to have contributed to the success of Jagger’s and Richard’s appeal.

The article concluded that “If we are going to make any case a symbol of the conflict between the sound traditional values of Britain and the new hedonism, then we must be sure that the sound traditional values include those of tolerance and equity. It should be the particular quality of British justice to ensure that Mr. Jagger is treated exactly the same as anyone else, no better and no worse. There must remain a suspicion in this case that Mr. Jagger received a more severe sentence than would have been thought proper for any purely anonymous young man.”

Op Art is recognised for its optical effects on the spectator, and one of its pioneers was British artist, Michael Kidner. Kidner was fascinated by science and spent his life experimenting with optical illusions, shapes and colour before his death in 2009. He extensively studied wave theory and waves are frequently found in his works. This sale includes his ‘Pink, Green and Blue Wave’ which has been estimated at £20,000-30,000.

The Hungarian French artist Victor Vasarely, is famous for his abstract geometric art, and this sale includes his vividly coloured acrylic on masonite titled ‘Pulsar’, with an estimate of £40,000-60,000.

Alan Montgomery, Senior Specialist in the Contemporary Art and Design Department at Bonhams comments, “The 1960’s were a pivotal decade for the worlds of art and design, and the following five decades have shown that Pop and Op art were two of its most influential and enduring movements. This sale includes some of the most iconic images from that period, as well as more recent examples of Pop and Op which demonstrate the importance of its legacy, both in Europe and the United States. From the glamour of Brigitte Bardot and Andy Warhol to the delicate optical art of Vasarely, this sale is full of fabulous 1960’s style, a style which is now very much back in fashion.”

The sale will coincide with the selling exhibition ‘Pure Sixties. Pure Bailey’ providing double the opportunity to experience the swinging sixties.