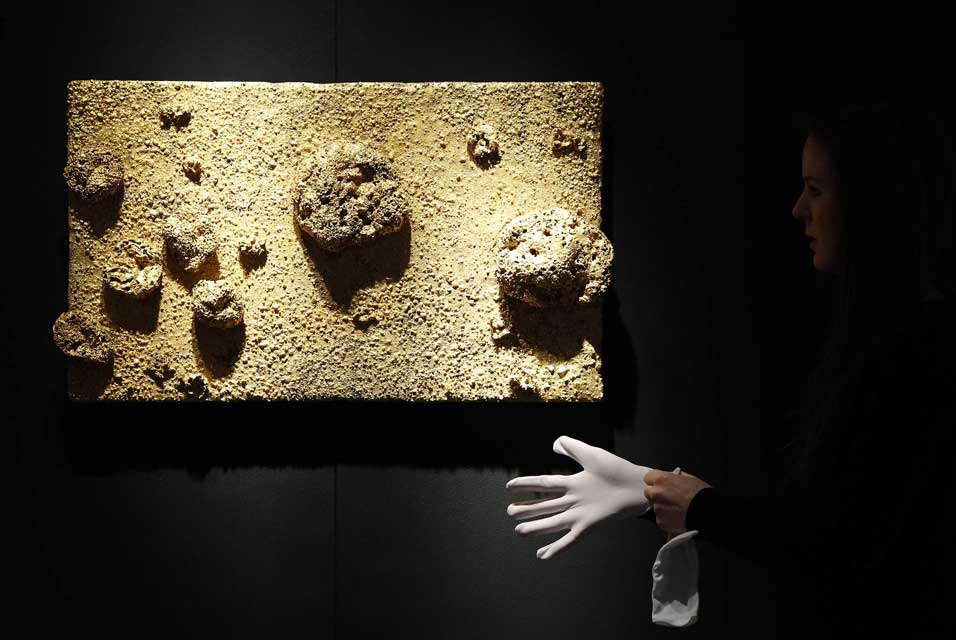 Francis Outred, Head of Post-War and Contemporary Art, Christie’s Europe: “This evening’s auction not only showed that confidence has returned to the art market but also that there is a real hunger from international collectors for Post-War and Contemporary art. The strong results at our international auctions during the second half of last year encouraged vendors who were previously resistant to consign works of art, and the increased supply of quality works fed a strong demand and led to competitive bidding this evening. We sold more than half the lots above estimate, including 7 of the top works, and in selling 9 works over £1 million, we have already surpassed the equivalent figure for all three of our auctions of Post-War and Contemporary art in London last year. We saw particularly strong prices for classic European artists including Yves Klein as well as Tapies and Boetti, both of whose work established world record prices. These results should give consignors great encouragement as we look forward to the next major auctions of Post-War and Contemporary art in New York and London in May and June respectively.”