East Wing Nine presents EXHIBITIONISM: The Art of Display at The Courtauld Institute of Art, - FAD Magazine
Skip to content 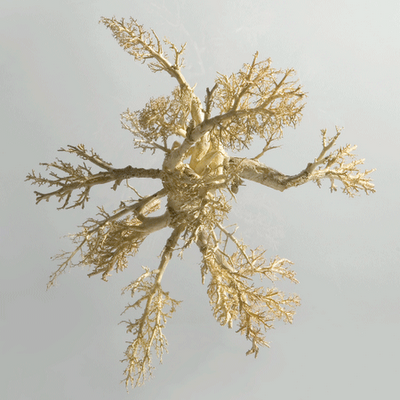 The curators of EXHIBITIONISM at The Courtauld Institute of Art, are convinced that exploring different methods of display is a fundamental approach to appreciating contemporary art. The winding corridors, teaching rooms and lecture halls of our Institute provide the setting for our investigation into both historical and conceptual displays of art.

The exhibition recalls Joshua Compston’s 1991 effort to fill the walls of The Courtauld Institute with contemporary art. This was the birth of the East Wing Collection and to celebrate its heritage the ninth committee will exhibit the collection of nineteen letterpress prints that formed Compston’s project, Other Men’s Flowers, never before displayed in their entirety.

This includes work by YBAs such as Tracey Emin, Gavin Turk, Gary Hume and Sam Taylor-Wood. As Montaigne wrote, “Some
may say of me I have gathered a posie of other men’s flowers, and nothing but the thread that binds them is my own”.

This too can be said of East Wing Nine as the exhibition chronicles what it is to curate; a process of expression and evolution, each curator choosing works and adding to the thread.

Each room explores a different curatorial strategy. This includes a spectacular contemporary re-staging of the Academy Hang. As the former site of the Royal Academy, Somerset House is a fitting
location to revisit one of the most traditional forms of display.

The aim is to reference this historical scheme while also producing something contemporary and fitting with the current trends in art and
spectatorship. This year, the committee has decided to broaden the scope of the exhibition and invite contributions from aspiring artists and students for the Academy Hang to be displayed side by side
with pieces by well known artists such as David Begbie, Karen Knorr and Wolfe von Lenkiewicz.

The Cabinet of Curiosities takes as its influence the seventeenth century ‘Wunderkammer’; the presentation of objects of value and wonder. The contents of the cabinets are mostly artistic interpretations of the natural and fantastical, including taxidermy, the insect kingdom and anatomy.This room includes a previously unseen piece by Tessa Farmer alongside a work by Hugo Wilson, one of ES Magazine’s ‘Eastenders’. His piece Hyperventilation illustrates the pulmonary cycle of heart and lungs during an agitated mental state.

Other rooms include Material Boundaries, where artistic media are pushed to extremes. A special commission by Alexis Harding is displayed alongside an embroidery piece by Grayson Perry.
For the first month of the show Perry’s Vote Alan Measles for God will also be exhibited courtesy of Banners of Persuasion.

In Reproduction, artists use the iconography of popular reproducible media to make a political or institutional critique like Uwe Wittwer’s Family After Gainsborough, Negative. Others use mass-produced material to create something entirely new.

The Private Collection functions as a modern re-imagining of a connoisseur’s private study and includes work by Oliver Clegg.

Other works to be exhibited include Nicola Hicks’ life-sized bear entitled Black and a clothes peg sculpture by Gerry Stecca. These rooms have shaped the teaching and studying of art history and are therefore very relevant to the students of East Wing Nine.

Open to the public first weekend of each month from 23 January 2010 to July 2011. Admission free, fully illustrated catalogue will be available.