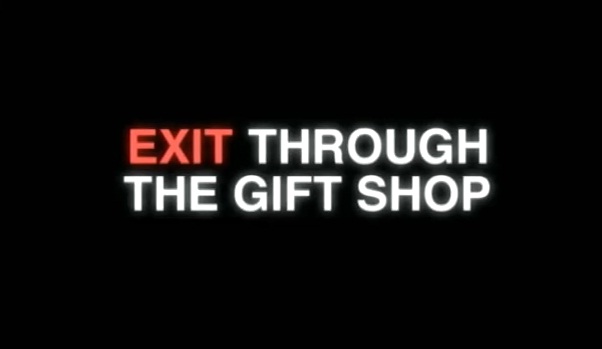 Banksy, is set to debut his first film this month at the Sundance Film Festival. Titled “Exit Through The Gift Shop”, the film is billed as “the world’s first street art disaster movie”

While “Exit Through The Gift Shop” was left off the official programme, it’s inclusion in the festival has been shrouded in secrecy. Initial speculation about the festival’s Spotlight Surprise turned to Banksy after four stencils, believed to be by the artist, appeared on walls in Park City, where the festival is held.

It is described as the story of how an eccentric French shop keeper turned documentary maker attempted to locate and befriend Banksy, only to have the artist turn the camera back on him. Banksy said: “It’s the story of how one man set out to film the un-filmable. And failed”. Banksy’s publicist told the guardian, “It’s a film about a man who tried to make a film about me. Everything in it is true, especially the bits where we all lie.”

John Cooper, director of the Sundance Festival, said the story was so bizarre that he questioned whether it could be real. ”Exit Through The Gift Shop is one of those films that comes along once in a great while, a warped hybrid of reality and self-induced fiction while at the same time a totally entertaining experience,” he added.

For those that can’t make it to the festival “Exit Through The Gift Shop” is due to open in UK cinemas on 5 March.

Take a look at the Trailer Over at SLAMXHYPE.