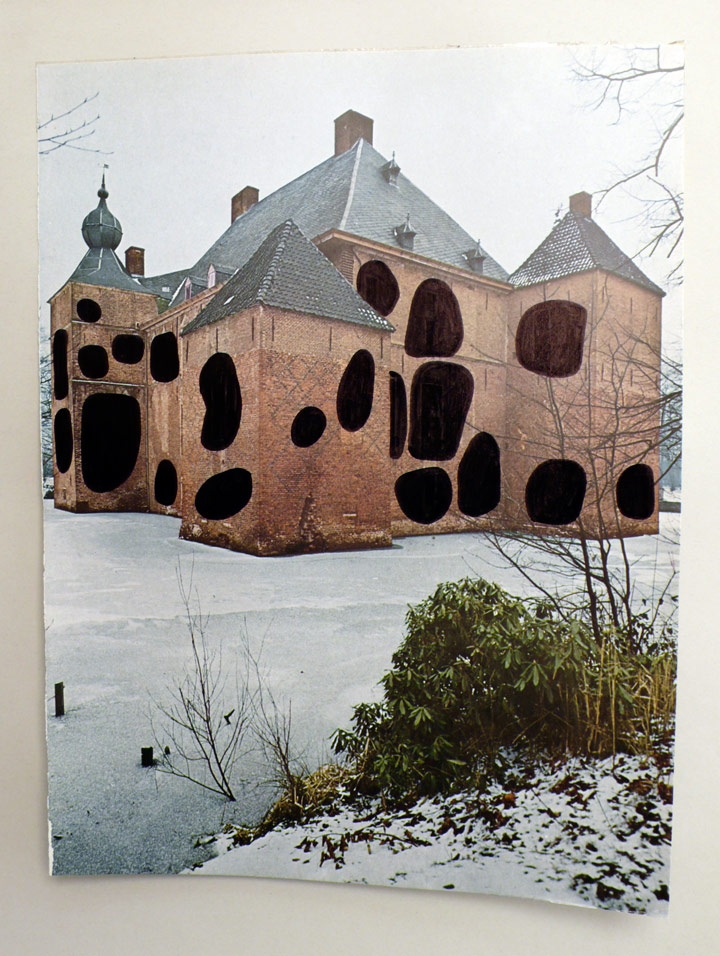 1 When did you start to make art?
When I was about 15 or so but it took me about another 15 to recognise it as such.

2 What drove you to make art as a professional vocation?
The things I was doing previously not being worthy of the energy I was expending upon them or receptive to the ideas I was trying to crowbar into them.

5 In what way does your inspiration transform into ideas?
When I’m not looking.

6 From Ideas to production of art – how? And why?
How? Personally, I wouldn’t break it down into such a cut and dry way. Sometimes, but not always. I’d also argue production in itself can also lead to ideas.

Why? To give the idea legs.

7 Could your ideas be portrayed in any other medium? If so which?
I consider myself a sculptor, but my art is not rooted in any one medium.

8 Which artists would you most like to blatantly rip off?
All the Richards eg Serra, Wentworth, Long, Little, Tuttle, Deacon, and some others I forgot, plus some other people. Francis Bacon, but I can’t paint.

9 Why is your art made?
You have to go there to come back again.

11 Are you happy with your reasons for making art? i.e Are there any trade offs that make life hard?
It envelops everything in my path, and encompasses any possibility, so it can be a bit hard to see the wood for the trees sometimes.

12 When does your art become successful?
When it cements something within it, which sometimes I can (or want to) explain, and sometimes not.

13 What is art?
Quite a lot, but not everything.

14 How do you start the process of making work?
When I find time to get into the studio and ignore all else around me for more than one day in a row.

15 Who prices your work? And how is the price decided upon?
Market forces and myself. When I used to work in an antique shop we discovered there was a formula by which you could create the most visually alluring prices, so rather than pricing something at say £850, it would be £862 or somesuch. I think it might have been nonsense, and anyway I forgot the formula. Where I am right now, if a work is sellable, I want it to sell. If it’s not, I don’t give a shit.

16 What is your next; move,project,show etc?
Time in the studio getting lost in building and constructing. A collaboration with fellow FutureMap artist Jaime Tarazona for a show entitled ‘New City and Proposed access route’. Plans for a show in London with a bunch of interesting people, whom seem to be working against the prevalence of scruffy formalism around right now. Apart from these concrete events, its wide open, and in a good way.

17 What are the pros and cons of the art market?
I’ll let you know when I know.

18 Which pieces would you like to be remembered for?
Some of the quieter ones.

19 Any routine in making your artwork? If so what?
No routine as such but there is a certain space that opens up which can disappear all too easily, so when its there, grab it for all its worth.

20 Who has been the biggest influence on you?
Pass.

21 How many artworks have you given away and to whom?
As bearers of some idea or concept or point in time: one or two to friends who asked, or who didn’t need to ask. As material to be used by others: Many.

FUTURE MAP SPECIAL:7ARTISTS 7INTERVIEWS OVER 7DAYS
Future Map 09: “Future Map is the best guide to discovering emerging artists and designers with great talent, destined to break out onto the London art scene.” From November 26th