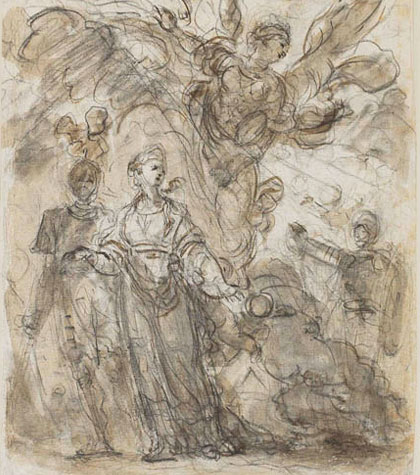 Over the last few decades, the Art Gallery of Ontario has put together arguably the greatest collection of works on paper in Canada. This glorious group of a hundred of the best works ranges from Renaissance Italy to 18th-century France, from 19th-century English watercolours to 20th-century masterpieces by Picasso and Matisse, from German Expressionism to Canada’s own Group of Seven and David Milne.

As late as 1969, a small discretionary purchase fund for these drawings was established. This modest, but auspicious start has led to the acquisition of a group of European drawings that constitutes the cornerstone of the collection of works on paper at the Art Gallery of Ontario in Toronto.

Until the 1960s the Gallery had a small, Eurocentric, curatorial department, curators were recruited abroad, and additions to the European collection were made largely on the advice of foreign advisors. It was housed in a tiny perfect Italian renaissance building set in a park in front of the Victorian house where it had its beginnings c. 1900.

The concept of building a collection of European drawings was initiated in the late 1960s by the great Italian drawing scholar, Walter Vitzthum, who taught at the University of Toronto . The Chief Curator, Mario Amaya, together with the enterprising chair of the Old Master Collection Committee, Marvin Gelber, voted him a small stipend with which to purchase drawings on his trips to Europe.

The exhibition, Drawing Attention: One Hundred Works on Paper from the Renaissance to Modernism in the Collection of the Art Gallery of Ontario was installed in the Print and Drawing galleries to mark the opening of the new Frank Gehry designed AGO from November to January, 2008-9.
Dulwich Picture Gallery