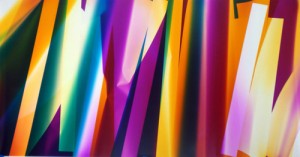 Each fall, the exhibition has presented significant bodies of contemporary work of two to four artists. This year, New Photography has expanded to highlight the work of six artists, with some 20 works of photography. It is organized by Eva Respini, Associate Curator, Department of Photography, The Museum of Modern Art.

Since its inception in 1985, the New Photography series has introduced the work of over 68 artists from 15 countries. The series continues to highlight the Museum’s commitment to the work of less familiar artists and seeks to represent the most interesting accomplishments in contemporary photography. New Photography has featured such influential artists as Robin Rhode (2005), Olafur Eliasson (1998), Rineke Dijkstra (1997), Thomas Demand (1996), and Philip-Lorca diCorcia (1986), among many others.

Explains Ms. Respini, “As the photographic medium is rapidly transforming, the artists included in this exhibition question what it means to make a photograph in the twenty-first century. Diverse in their points of view, these artists collectively examine and expand the conventional definitions of the medium of photography.”

Although each artist in the exhibition represents different working methods and pictorial modes ranging from abstract to representational, their pictures all begin in the studio or the darkroom and result from processes involving collection, assembly, and manipulation. Many of the works are made with everyday materials and objects, and use images culled from the Internet, magazines, newspapers, and books. In addition, most of these artists are active in other disciplines, and their photographs relate to drawing, sculpture, video, and installation.

Among the separate bodies of work shown here, relationships and contrasts inevitably suggest themselves. For example, Leslie Hewitt and Sterling Ruby make pictures from other pictures to examine the ways that cultural values and meaning are imbedded in photographs. Daniel Gordon and Sara VanDerBeek build temporary sculptures using found images, which exist only to be photographed. Walead Beshty and Carter Mull experiment with the process of making pictures to reflect on the fundamental characteristics of the medium.

Walead Beshty (American, b. United Kingdom, 1976)
Beshty’s monumental photograms are made in a chemical darkroom entirely without the use of a camera. The artist rolls portions of a single piece of color photographic paper and exposes it multiple times to colors of light (cyan, magenta, and yellow). Since the exposure process must occur in total darkness, he works blind within a set of chance operations to create brilliantly colored and patterned pictures. Building on the long tradition of darkroom experimentation in photography, Beshty reflects on the nature of the medium at a time when chemical photography is facing obsolescence.

Daniel Gordon (American, b. 1980)
Gordon creates temporary sculptures made from cut paper and photographs, usually found on the Internet. He cuts apart, fractures, and reunites fragments of completely unrelated images to create bizarre, whimsical, and sometimes disturbing new images, which take on a different meaning from their original counterparts. After photographing the constructed figurative tableaus, he promptly dismantles and re-fashions them into new structures. The strange and unnatural aspect of the works stimulates both attraction and repulsion. The hybrid figures are a deliberate de-canonization of feminine beauty and reconstruct the subject of portraiture. With these pictures, Gordon ?misuses? photographic materials as a representational medium to question the parameters of traditional photography.

Leslie Hewitt (American, b. 1977)
Hewitt repurposes domestic and personal objects, such as plants, family snapshots, a Thelonious Monk album, and the 30th anniversary issue of Ebony, to create still lifes that intertwine personal and historical narratives. Although it appears as if Hewitt came across the arrangements by chance, each one is meticulously composed, revealing a sculptural approach to image making. In two works included here, Hewitt turns the orientation of the images upside down, subverting the illusion of a photograph as a window into a pictorial world. The play of meaning between the items in her photographs is sometimes deeply personal and other times political, often questioning the nostalgia that is evoked through family mementos and relics of the civil rights era.

Carter Mull (American, b. 1977)
Mull creates pictures through a process of rephotographing and altering existing images. The artist’s local newspaper, the Los Angeles Times, serves as the starting point for the body of work featured in the exhibition. Mull makes a picture of the front cover of the newspaper, and at least two photographs that respond to that page, which reveal subtle connections upon close examination. Employing both digital and analog techniques, his resulting images burst with lush color and vibrating patterns, and draw parallels between the radical transformation of photography and print media in the digital age. Mull examines the language and meaning of photography in our increasingly image-saturated world by proposing new ways to imagine its future.

Sterling Ruby (American, b. Germany, 1972)
Ruby collects, reuses, and manipulates existing images to make digitally constructed photographic collages. He addresses ideas of violence, aggression, and social control through a diverse artistic practice that includes sculpture, painting, and drawing. His works often incorporate graffiti and elements of urban decay to evoke transgressive environments and activities. Artaud (2007) and Animal (2009) are based on graffiti found in the walkways of the Cinque Terre region of Italy, and in Venice, respectively. To execute these richly layered pictures, the artist photographed existing graffiti and digitally manipulated the images by adding his own drips and spray-painted forms with Photoshop. With a growing reputation for distinctive and complex work, Ruby mutates traditional forms and mediums to create new hybrids.

Sara VanDerBeek (American, b. 1976)
VanDerBeek culls photographs from various sources—such as newspapers, magazines, and exhibition catalogues—and incorporates them into temporary structures that she photographs. A Composition for Detroit (2009), a four-part ode to Motor City, reflects on the country’s current financial state and the disintegrating fabric of postindustrial cities. The work incorporates a variety of appropriated images, from media photographs of the divisive 1967 Detroit riots to Walker Evans’s Depression-era photograph of a deteriorating Southern plantation house, reminiscent of Detroit’s abandoned factories. References embedded in VanDerBeek’s photographs explore not only the symbolism of the depicted images, but also the physical and cultural connections between them. VIA:(Art Daily)