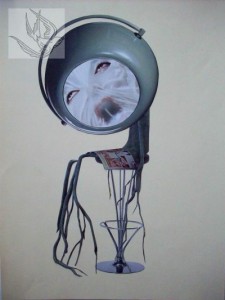 featuring important works from the last 100 years alongside contemporary innovations

FRED (London) is delighted to have this opportunity to present an exhibition in celebration of Collage. Co-curated with Pavel Zoubok Gallery, New York, this joint-exhibition provides a platform for contemporary American artists to show in London, many for the first time, alongside leading European artists represented by FRED. Both galleries have also brought together works by some of the foremost practitioners in Twentieth century Western art. The exhibition creates a unique grouping of work from this exciting field.

The exhibition features some sixty-nine artists from the last one hundred years, each working in very different ways, but all incorporating collage in its various forms into their practice. Historical figures including Marcel Duchamp, Joseph Cornell, Robert Motherwell, Ben Nicholson, Jacques Villeglé and Andy Warhol hang alongside contemporary practitioners such as Nora Aslan, John Evans, Ion Birladeanu, Nayland Blake, Ansuya Blom, Brice Brown, Jay Cloth, Dan Coombs, India Evans, Gilbert and George, Marcus Harvey, Susan Hiller, John Jodzio, Don Joint, Chantal Joffe, Grayson Perry, Maritta Tapanainen and Mark Wagner. For some, collage is an elemental driver in their methodology, but for others it is incidental or experimental, and has been included because it pushes at the edge of what it is that we accept the technique to be. There is a full list of the contributing artists on the following page.

Collage was pioneered by George Braque and Pablo Picasso in the early part of the last century, and derives from the French word coller, meaning to glue or paste. What we now readily accept as collage goes back hundreds of years, but it made a dramatic resurgence in the early part of the twentieth century and went from a form of novelty to one with a distinctive place in Modernist art. Made from an assemblage of different materials and forms, it is a work of formal art made from clippings and cuttings of paper, fabric, wood, ribbons, bits of photographs, printed material or found objects that have been stuck to a surface with purpose, and an element of incongruity, in their new juxtapositions and re-contextualisations.

In this technological age, where the making of digital images is ubiquitous and their manipulation widespread, collage continuous to hold its important place in the making of, and our understanding of, contemporary art.