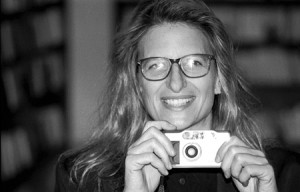 The photographer Annie Leibovitz was sued by Art Capital Group Inc. and accused of failing to live up to the terms of agreements for loans of twenty-four million dollars, reports Patricia Hurtado and Philip Boroff for Bloomberg. Leibovitz approached the firm last year over her “dire financial condition” arising from tax liens and debts including mortgages on properties in Manhattan’s West Village and Rhinebeck, New York, the lender and art consultant claimed yesterday in a complaint in state court in New York.

Using her artworks, intellectual property, and real estate assets as collateral, Leibovitz borrowed twenty-four million dollars from Art Capital to pay creditors, the firm said in the complaint. The photographer failed to meet obligations in the loan agreements and has blocked the firm’s contractual right to act as her exclusive sales agent, Art Capital alleged.
Via (artforum)