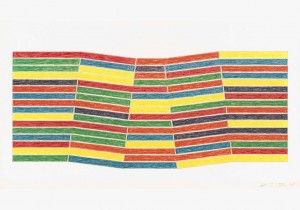 L’Eté (estimate: $2,500-3,500) by Tissot, is a classic Belle Époque image, embodying the romantic French style of the late 1800’s that glamorized upper class life by depicting the refinement and elegance of the society subject. With an emphasis on opulent decorative details, this image highlights the young woman’s sophisticated and intricate parasol, lace gloves, floral brooch, high collar, and idle gaze. The drypoint technique further embellishes the refined scene as it gives the print a rich, velvety texture. An icon of French academic art, Tissot will be celebrated in an upcoming exhibition at the Brooklyn Museum of Art from October 2009 – January 2010.

The sale also includes a complete signed set of 12 offset lithographs by Marcel Duchamp (estimate: $3,000-5,000). Bright orange, blue, green, red and black colors are printed on both sides of six cardboard disks or Rotoreliefs. When spun on a record player they create the illusion of threedimensional space. Typifying his interest in visual phenomena, the animated Rotoreliefs demonstrate Duchamp’s whimsical ingenuity and inventiveness both graphically and in material choice.

In addition, the sale features fifteen Pablo Picasso earthenware pieces ranging in estimates from $800-5,000. Picasso demonstrated interest in pottery early on in his life but it was not until a vacation to Vallauris, France during which he visited the Madoura Pottery Studio that he fully engaged the medium. The studio invited Picasso to design and create earthenware pieces that were then reproduced under his supervision in the years from 1946 to 1971. The themes explored in these pieces are classic Picasso motifs, including female figures, bull fights, and a cavalier and horse. After the recent success of Picasso’s Mousquetaire à la pipe, which sold for $14.6 million in Christie’s May 6 Evening Sale, the Prints & Multiples sale offers the prime opportunity to collect a Picasso Musketeer on a smaller scale with, Face no. 130 (estimate: $1,200-1,800).

A broad selection of Pop and abstract art complete the Prints & Multiples sale. A unique example is A Dedicated Follower of Fashion (estimate: $3,000-5,000) by Richard Hamilton, a founder of the Pop movement in Britain. There are also prints by Robert Indiana, including seven of his iconic Love prints (estimate: $2,500-3,500), in addition to prints by Andy Warhol, Tom Wesselmann, Roy Lichtenstein, and a cast iron multiple by Claes Oldenburg. Contemporary Pop artists in the sale include Jeff Koons, Alex Katz, Jim Dine, and James Rosenquist. The abstract art selection is highlighted with prints by Brice Marden, Frank Stella, Richard Serra, Grace Hartigan, and Sam Francis. 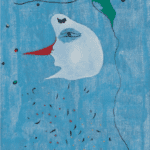