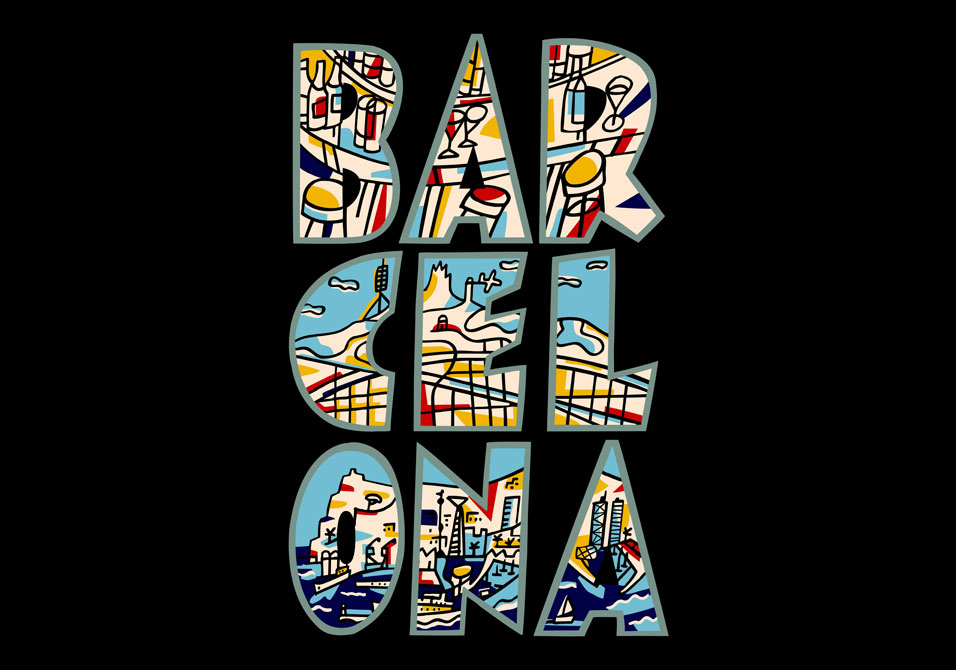 The Design Museum presents the first UK retrospective of Spanish designer and artist Javier Mariscal. Regarded as one the world’s most innovative and original designers of our time, Mariscal’s rich and diverse body of work spans kooky cartoon characters to stunning interiors, from furniture to graphic design and corporate identities.

The exhibition and graphics will be designed by Mariscal, promising an immersive experience for the visitor into the world and mind of Mariscal. The exhibition space will be a fully illustrated environment, rich with orchestrated scenarios and installations, each telling the story of Mariscal’s pivotal projects, designs and the drawings that shaped them. Sketches, designs, films and photographs will be on display alongside furniture and textiles. Mariscal will also design and paint an elaborate mural for the exterior of the Design Museum showcasing his unique vision and signature design style.

Mariscal’s intense relationship with drawing and illustration is central to his career and has become the basis for his designs over the last 30 years. He gave Barcelona its graphic identity as it emerged from the Franco era, illustrating a sunny and optimistic city full of possibilities. In 1992 he introduced the world to Cobi, the official Olympic mascot of the Barcelona games. Mariscal has designed furniture for leading manufacturers such as Moroso and Magis, created interiors for bars and hotels as well as a retail and graphic identity for Camper and the interior of the recently opened H&M flagship store in Barcelona.

Painter, filmmaker, ceramist and designer, Mariscal’s work is shaped by a unique personal vision, a designer who doesn’t just observe the world but tries to shape it.

Javier Mariscal was born in Valencia in 1950, since 1971 he has lived and worked in Barcelona. In 1979 he opened his first bar in Valencia, together with Fernando Salas, the Duplex, for which he designed one of his most famous pieces, the Duplex stool. Throughout the 1980s Mariscal designed several textile collections for Marieta and Tráfico de Modas and exhibited at the Sala Vinçon gallery in Barcelona.

In 1989, Cobi was chosen as the mascot for the Barcelona 1992 Olympic Games. Mariscal opened the Estudio Mariscal in 1989 and has collaborated in several projects with designers and architects such as Arata Isozaki, Alfredo Arribas and Pepe Cortés. His most notable works include the visual identities for the Swedish socialist party, Socialdemokraterna, the Spanish radio station Onda Cero, the Lighthouse Centre in Glasgow and the London postproduction company, Framestore. In 1995, Twipsy was chosen as the mascot for the Hanover 2000 World Expo. In 1995, he also designed the Amorosos Furniture collection for the Italian manufacturer Moroso.

In 2002 Mariscal designed the Gran Hotel Domine Bilbao, which is positioned between the Guggenheim Museum in Bilbao and the ria. Mariscal has also collaborated on animation and audio visual shorts including Colors, which premiered in Barcelona in 1999 and starred the robot Dimitri. In 2005 Mariscal designed a range of items for the children’s collection, Me Too, by Magis. Collaborations continue with Camper, H&M and The America’s Cup. Mariscal is currently working on the full-length cartoon Chico y Rita with Fernando Trueba, due for release next year. Mariscal is also working on a series of books about his career and on furniture designs for Vondom, Uno Design and Magis.