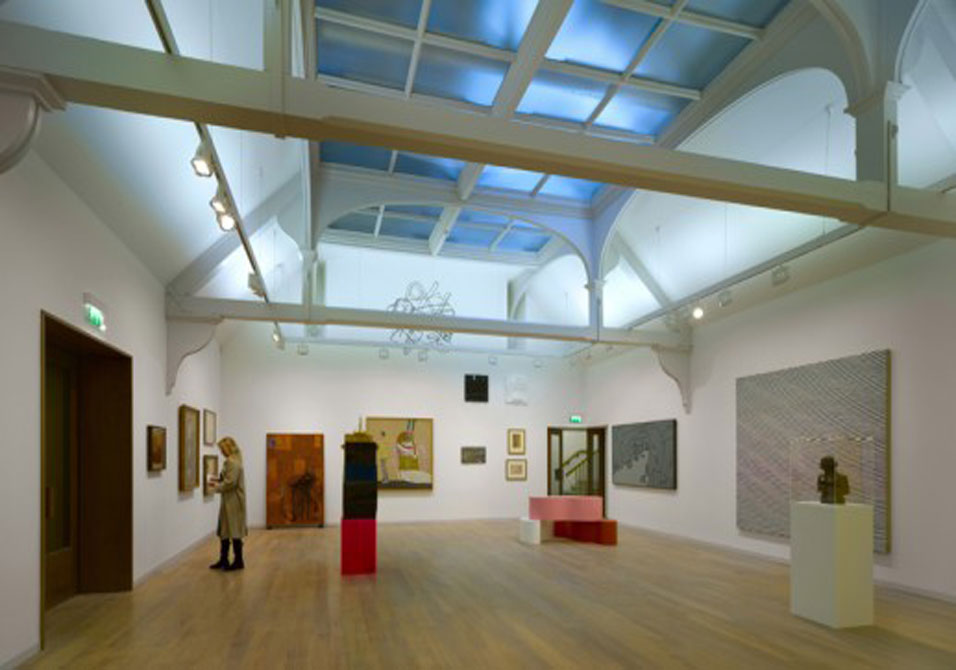 The Fifth Curator competition is a new and unique opportunity for an aspiring curator from outside the UK to select an exhibition from the British Council Collection, which includes over 8500 key works of British art from the 20th and 21st century.

Applicants are invited to research the collection via our website and then to submit an exhibition proposal exclusively featuring collection works. We particularly encourage new views and fresh perspectives on the Collection as these are vital to ongoing debates about British art within an international context.

The winning proposal will be realised as the final installment in a series of five British Council collection exhibitions at the Whitechapel Gallery, one of the UK’s leading contemporary Arts spaces, situated in vibrant East London.

The first exhibition in this series ‘Passports – Great Early Buys from the British Council Collection’ was selected by Artist Michael Craig-Martin and focussed on some of the most prescient acquisitions in the Collection’s long history.

‘My selection of works for this exhibition barely scratches the surface of the Collection. For every work I felt able to include there were half a dozen I had to leave out… This is a collection that contains hidden treasures, many of which I know will be included in subsequent exhibitions of this series.’ (Michael Craig-Martin)

Other exhibitions in the series will be selected by Tim Marlow (White Cube), Paula Rego (Artist) and Jeremy Deller and Alan Kane (Artists).

The winning curator will be given unlimited access to the Collection, will work side by side with the British Council’s Visual Arts Department in London and will be supported in realising a major curatorial opportunity at the newly refurbished Whitechapel Gallery in April 2010.

WHO ARE WE LOOKING FOR?

– We are looking for someone who is based permanently outside the UK and who believes they have the passion and knowledge to be a leading curator. Preference will be given to individuals who would benefit most from the professional development and mentoring aspects of this award.

– It is anticipated that the winning curator will have some proven experience in the contemporary arts field, but does not regularly have the opportunity to curate exhibitions of their choice within their professional capacity.

– Candidates must be competent in both written and spoken English (I.E.L.T.S Level 6 English Language or equivalent). All applications must be submitted in English.

– In November 2009, six short-listed applicants will be invited to London to take part in a week of professional development with the Visual Arts Department of the British Council.

– During this week, applicants will be encouraged to refine their proposals with the advice, guidance and resources of Visual Arts staff. They will be given the opportunity to visit the Whitechapel gallery, to view the proposed exhibition space and to meet with the Whitechapel curatorial team.

– At the end of the week, the winning proposal will be selected by a panel of senior art world figures at a special presentation dinner.