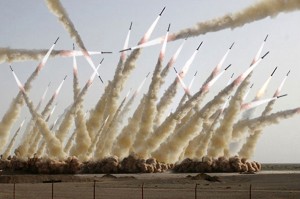 The Earth Not a Globe takes as its starting point the phenomena of flat earth theorem whose belief system of ‘flatness’ diverges from the earth as a globe. Thinking about scales of perception, their limitations and how we deal with this on a tangible level the exhibition brings together a selection of artists who employ cartographic systems of resisting one point of view for another potential combination.

Each contributors approach can be read as a flattening out of the contradictions of a multiple existence. There is a tension between universal languages versus personal understanding and although we are still grappling with it’s complexities the acknowledgment that we are embedded within the proliferation of the visual, that makes up contemporary life.

Playing with the notions of an expanded and reductive field of vision flattening becomes an alternative way to reproduce new potential outcomes in the larger processes of consumption and controlling of information. The artists in the exhibition disrupt the terms global and local and refute certain established routes of communication finding ways to counter the production of certain perspectives. Whether this is about a re-deployment of information by a user-generation, a researcher of knowledge manifested through differing disciplines, or as masters of the levels of appropriation.

The Earth Not a Globe is composed of a multifaceted series of materialisations, each highlighting a specific aspect of the program. In the end the project resolved itself into an evening of performances, two back-to-back exhibitions, a publication, and a website.

The first exhibition of The Earth Not a Globe, discusses appropriation as a leit-motif; expositing scenarios or feelings evoked by the methodologies of imaging. Eternal re-occurrences and various converging points elucidate a proximity, which manifests itself in overlaps, or as shadows.

For the publication we asked each of the artists involved in the exhibitions to create a commissioned piece that would work as a singular flat image. We also approached a small range of other practitioners and curators, including a member of the Flat Earth Society, to contribute texts or images. The publication is a limited print edition, which will be available at both exhibitions. Each page will be stacked individually and visitors are asked to assemble their own version of The Earth Not a Globe publication, with as many or as few pages as they desire. The publication will also be available online.

The exhibition is curated by Dani Admiss and Dave Charlesworth.