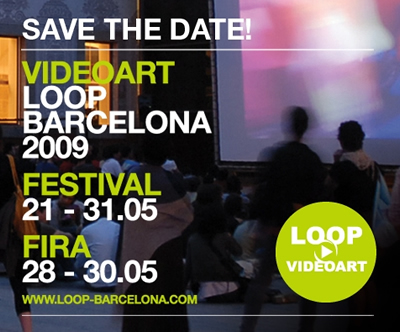 Opera (90′)
A selection of films by contemporary artists, who have utilised, investigated and celebrated opera and contemporary classical music. Some of the music pieces are originally composed for the films and fascinating collaborations between visual artists and composers emerge in the spatial logic of opera; from anarchic animations to baroque staging of the body via the hysterical clarity of the operatic voice.
Still-Film (69′)
A selection of artist’s films with a sculptural sensibility, a fixed gaze of the camera. Each film has an inherent quality and lingering effect, despite their simple structures.

From the LOOP newsletter:

Once again, Loop proves its desire to forge links between agents actively involved in videoart and Barcelona’s arts scene, with a screening of two video programs by Artprojx. This London company is a pioneer in promoting collaborations between artists and companies and introducing videoart and experimental films in spaces accessible to all kinds of audiences. Artprojx director and founder, David Gryn, has curated Opera & Still film, two programs that link video with opera and music, for Espai Liceu. Opera offers works by contemporary artists who investigate contemporary music and the opera genre, while Still Film is a selection of videos by artists whose work reveals a sculptural sensibility, the camera’s still, attentive vision.