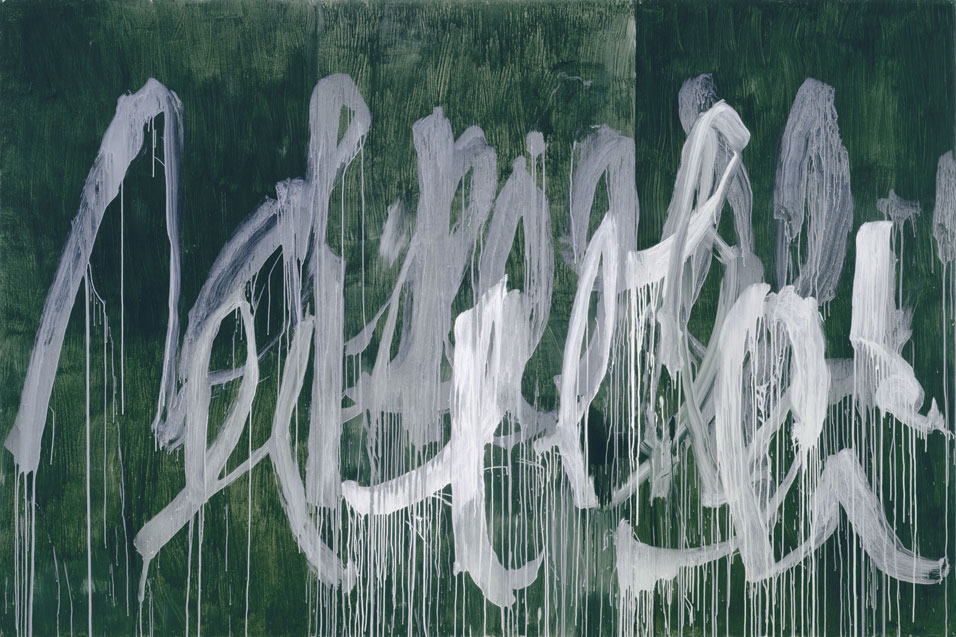 The Art Institute is sole venue for Cy Twombly: The Natural World, Selected Works 2000–2007. The Art Institute of Chicago will inaugurate the Abbott Galleries in the Renzo Piano–designed Modern Wing with a selection of recent work by Cy Twombly. Cy Twombly: The Natural World, Selected Works 2000–2007—on view from May 16 through September 13, 2009—celebrates the artist’s abiding concern with the natural world, specifically landscape, seascape, and flora. The exhibition is devoted to a full range of media, including bold and monumental multipanel paintings, wood and plaster sculptures, dry print photographs, and works on paper. Many of the more than 30 works in this exhibition have never before been seen in an American museum.

“There could not be a more fitting artist to showcase for the opening of the Modern Wing,” said James Rondeau, curator of the exhibition and Frances and Thomas Dittmer Chair of the Department of Contemporary Art. “Cy Twombly’s decades of pushing the limits of gesture—through inscriptions and marks, the inclusion of language, and bold, immediate color—bring us from the expressionism of mid-century to its present-day manifestation. The evolution of his style mirrors the evolution of painting itself over the past fifty years. And the Modern Wing is the perfect setting for his works based in and about nature. Visibility, light, and the consciousness of one’s surroundings are both the lessons of Twombly’s mature work and the experience we hope to create in the Modern Wing galleries.”

Exclusive corporate support for the exhibition has been provided by UBS, the global financial services firm. “UBS has a longstanding relationship with the Art Institute of Chicago,” said Robert Wolf, Chairman and CEO, UBS Americas. “We are pleased to sponsor the exhibition Cy Twombly: The Natural World, Selected Works 2000–2007 as well as provide support for educational events surrounding the opening of the new Modern Wing and the museum’s Building of the Century campaign. Supporting the arts is ingrained in our corporate culture, and through these cultural partnerships we are committed to making the arts accessible to our clients, our employees, and the broader community.”

Cy Twombly: The Natural World investigates the 82-year-old artist’s current production, the result of a period of remarkable resurgence. The 31 works in the exhibition include works on paper, sculptures, photographs, and monumental paintings, all rooted in evocations and expressions of landscape, flora, and materiality. While Twombly’s work over the course of his career has always been rooted in place—his move to Rome, for example, in the late 1950s mirrored his immersion with classical referents and a profound sense of history—rarely has landscape and its components been expressed with such viscerality. In Cy Twombly: The Natural World the artist offers bold, energetic images of peonies, the turquoise sea of the Caribbean, the sensations of dirt and earth, the romantic (and unseen by the artist) lushness of Yemen, all rendered with an immediacy and palpable pleasure in materiality.

The exhibition begins with Twombly’s works on paper, sculptures, and photographs. While Twombly’s sculptures refer, in their white-washed and distressed surfaces, to the classical past, their materials—boxes, fabric, plaster, and cloth—are transformed from the quotidian and inorganic (paint-soaked rags) to the decayed and organic (wilted flowers). The paintings that surround them, from 2001, are rich and gestural, filled with explosions of color and based in sensation rather than inscription. Included here are also seven rarely exhibited photographs by Twombly himself of his sculpture Untitled (Lexington), featured in the opening gallery. The second section of the exhibition juxtaposes the cool seascapes from A Gathering of Time (2003) with the rough, nearly excremental Winter Pictures. The seascapes are gentle, ethereal fields of light green punctuated by bursts of white, suggesting the reflective shimmering of the sun. In counterpoint to the seascapes, the exhibition offers the dripping, running browns and grays of the Winter Pictures, resonant of mud, dirt, and earth as well as the glorious mess of life, waste, and decay.

The final galleries of The Natural World are filled with Twombly’s most recent works in the exhibition—six monumental paintings. The Peony Blossom Paintings (2007) are three 18-foot-long, multipanel, horizontal paintings—two of explosive blood red blossoms on bright yellow grounds and one of white blossoms dripping through a nearly celadon ground. All of these works are inscribed with translations of Japanese haiku on peonies, a rare turn in Twombly’s career from the classical past of the West to the evocative meditations of the East that is also echoed in the paintings’ format, which follows the six panel format of traditional Japanese folding screens. The exhibition concludes with a series called III Notes From Salalah, (2005–07) which is a port city in Yemen of great fantasy and romance in ancient Arabic literature. Twombly here returns to the suggestion of written language in these paintings—the central elements being almost cursive loops and whirls—but the deep, lush greens connect the paintings to the investigation of place and nature that has so occupied him late in his career.

Cy Twombly: The Natural World, Selected Works 2000–2007 shows an artist of astonishing creativity and productivity flowering, once again, in his later years. Drawing on the exploration of visual idiom that has characterized his work throughout his career, Twombly here can be seen as rooting that idiom now very distinctly in sensations of place and the sheer pleasure of materials— paint, plaster, surface, color. The results are works that are hopeful, assertive, bold, powerful, and contemporary in the truest sense.

Cy Twombly: The Natural World, Selected Works 2000–2007 is organized by the Art Institute and curated by James Rondeau, Curator and Frances and Thomas Dittmer Chair, Department of Contemporary Art. A 96-page full color catalogue, including an essay by Rondeau, accompanies the exhibition. The catalogue, distributed by Yale University Press, is available in the Modern Shop. Major funding is generously provided by The Harris Family Foundation in memory of Bette and Neison Harris, and Caryn and King Harris. Exclusive corporate support has been provided by UBS. Additional support has been provided by Lannan Foundation. Headquartered in Zurich and Basel, Switzerland, UBS is one of the world’s leading financial firms. It serves a discerning, international client base with its wealth management, investment banking, and asset management businesses. In Switzerland, UBS is the market leader in retail and commercial banking.