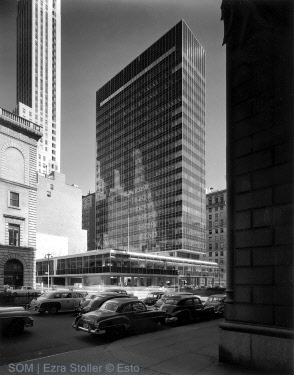 Aby Rosen, Manhattan’s Lever House , an icon of modernism, is set for a partial Tudor-style makeover later this year or early 2010 as part of the project by British artist Richard Woods.

Woods is planning to wrap the structural columns, walls and even street furniture in an adjacent patio with flora and fauna images a la William Morris. via (AO twitter)