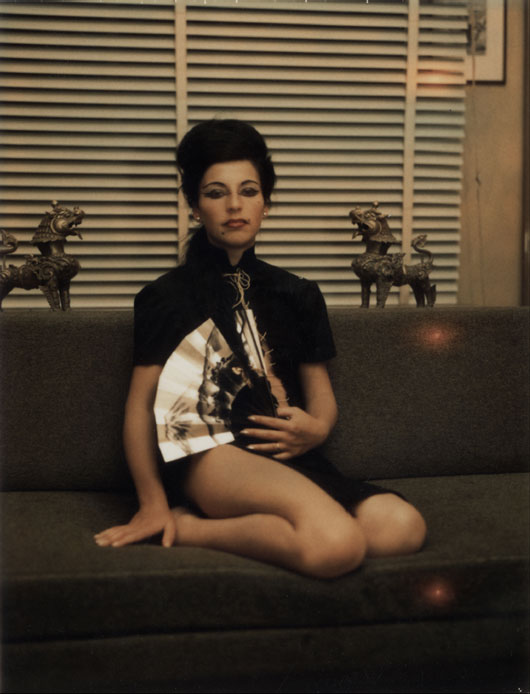 Carlo Mollino (1905 – 1973) was an Italian designer and architect, a Renaissance man whose prolific and innovative career will be presented in an exhibition opening this May at Sebastian + Barquet London. Twelve unique Polaroids taken by Mollino between 1962 and his passing in 1973 will be exhibited alongside pieces of his furniture and a film installation. This will be the most comprehensive UK exhibition of Mollino’s work to date.

Original chairs from the RAI Auditorium, a structure designed by Mollino in 1952, will be exhibited, forming part of a theatre installation. A visual biography of his work and life will be screened as part of the installation and will illustrate the breadth of his diverse career. Featured alongside will be rare archival materials including architectural models, letters and books.

“Like Gio Ponti, Mollino was a man of exceptional and diverse talent. His buildings – some of which no longer exist – influenced a generation of Italian and international architects. His vision was pioneering, always unexpected and occasionally disquieting. This exhibition reveals the private passion of an important figure in 20th century art and design.”
Oscar Humphries, Director of Sebastian + Barquet London

Son of an engineer, Mollino is widely regarded as one of the most important and influential designers of the 20th century. His individual aesthetic was defined by contrasting modes of expression, blending surrealism and organic form. A racecar driver, photographer, skier, engineer, architect and aviator, Mollino’s eclectic character and broad range of interests inspired his unique career. His architectural projects included the Camera di Commercio and the Teatro Regio in Turin. Mollino’s diverse interests and non-conformist attitude set him apart from his peers. Mollino’s oak and glass table, made in 1949, sold at Christie’s in 2007 for $3.8million, one of the highest figures ever paid for a piece of 20th century furniture at auction.
www.sebastianbarquetlondon.com