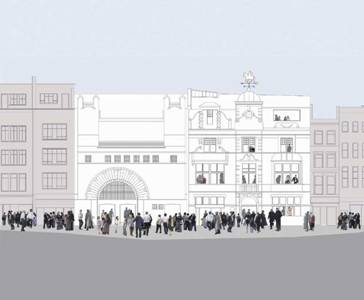 The Whitechapel Gallery will open to the public on Sunday 5 April 2009 following its ambitious £13.5 million expansion.

The Heritage Lottery Fund supported project has transformed the formerlibrary building next to the Gallery, increasing gallery space by 78%.Designed by leading Belgian architects Robbrecht en Daem (with London
practice Witherford Watson Mann Architects), the expanded Whitechapel Gallery provides one of the most exciting new cultural buildings in Europe.

Included in the expanded building are new galleries dedicated to presenting collections and new commissions; a permanent gallery and research room for the Whitechapel Gallery’s historic archive, and an
Education and Research Tower including study and creative studios.These beautiful spaces for art have been designed by the architects in collaboration with leading artist Rachel Whiteread CBE.

The original exhibition spaces in the Whitechapel Gallery have been beautifully renovated and will be the site for a landmark exhibition of German sculptor Isa Genzken, the first major retrospective of her work,
until 21 June 2009.

The Bloomberg Commission gives a new platform for an annual art commission. It launches with a site specific artwork by Goshka Macuga,who has been inspired by Picasso’s Guernica coming to the Whitechapel
Gallery in 1939 on its first and only visit to the UK.
The Whitechapel Gallery will provide unprecedented public access to important art collections. The inaugural display of rarely seen works from the British Council collection is supported by specialist insurers, Hiscox.

The Whitechapel Gallery’s 100 year old archive is brought to life with displays of rare documents and artists’ letters. The first exhibition, The Whitechapel Boys, looks at the moment when artists David Bomberg,
Mark Gertler and Isaac Rosenberg contributed to forming the Vorticist movement in the former Whitechapel Library.

Iwona Blazwick OBE, Director, Whitechapel Gallery, said ‘This century old institution is the artists’ gallery for everyone. The exciting expansionenables the Whitechapel Gallery to open all year round so there will
always be something free to see. The Gallery will become a major cultural resource and a destination for the arts.’

Exhibition highlights for 2009/10 include: painter Elizabeth Peyton (summer 2009);the return of the East End Academy (summer 2009); Sophie Calle (autumn 2009); a major exhibition looking at photography from south Asia from the 1840s to the present day (winter 2010); changing displays from the British Council collection and from the Gallery’s archives; and project gallery exhibitions by Julie Ault and Melanie Manchot.

The Whitechapel Gallery was founded in 1901 to bring great art to the people of east London. The Gallery’s history is a history of firsts: in 1939 Picasso’s masterpiece,Guernica was displayed at the Whitechapel Gallery on its first and only visit to Britain; in 1958 the Gallery presented the first major show in Britain of seminal American abstract expressionist Jackson Pollock; and in 1970 and 1971 the first shows of David Hockney, Gilbert & George and Richard Long were staged to great acclaim. Recent shows have included Janet Cardiff & George Bures Miller, Liam Gillick, Nan Goldin, Cristina Iglesias, Paul McCarthy, Mark Wallinger and Franz West. 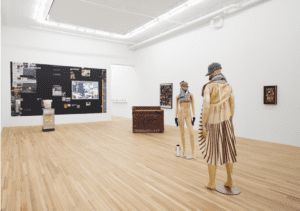