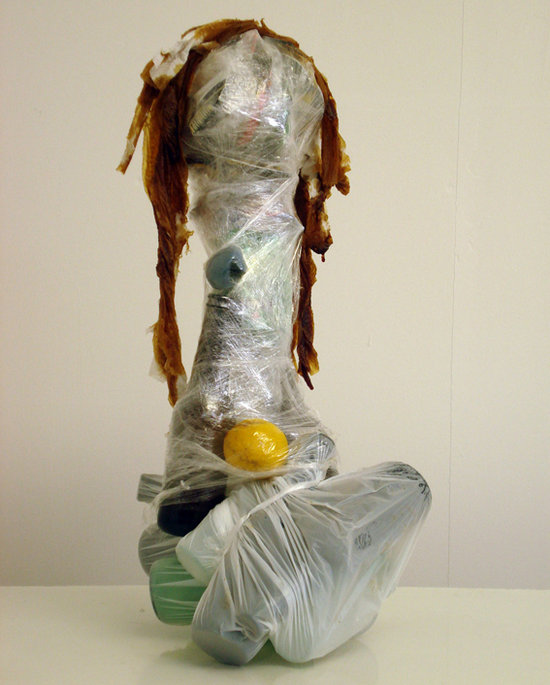 4-7 March 2009
Julika Gittner will present her sculptural performance Homo Economicus. A large assembly of objects, video animations and series of slides act as didactic tools in an instructional lecture on economic theory by the artist.
The relationship between economic man and his three main occupations -labour, product and profit – is explained via absurd and forlorn characters: tragic-comic puppets in an unruly economic drama.

The artist dissects the economic activities of several local East London businesses; for example, an East End Pub and a Leytonstone dry cleaner. Her sculptural objects are fashioned from the mundane material residues of observed labour: old plastic bottles, hair clippings and rotting fruit. She often relocates these strange and unfamiliar ‘trophies’ of everyday activity back to their work environment, displaying the objects in the same businesses from which they arise. The process thereby sets up direct confrontations between artifice and social reality.
Paradise Row