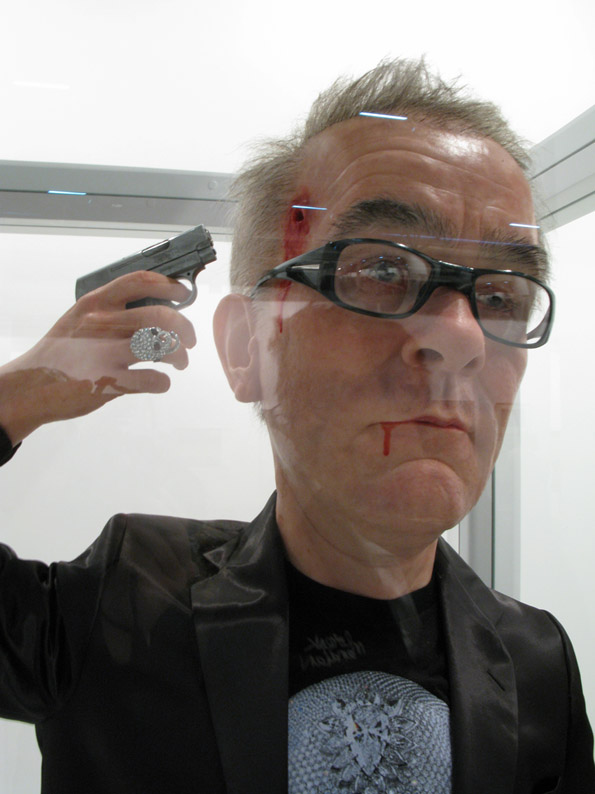 A statue of British artist Damien Hirst pointing a gun at his head has caused a stir at the 28th Madrid International Contemporary Art Fair, known as ARCO.

Sculptor Eugenio Merino’s piece puts Hirst in a suicidal pose with blood pouring from a bullet wound to his head. It was unveiled at ARCO’s launch over the weekend.

“If he killed himself, then the value of his art would increase a lot.”

Called For the Love of Gold, the work of parody was produced over a two-month period and refers to Hirst’s For the Love of God — a diamond-encrusted platinum skull that was reportedly sold in the summer of 2007 for more than $100 million to a group of investors.

The life-size silicone sculpture uses real human hair and glass eyes. Hirst is posed on his knees with a Colt 45 in his right hand pressed against his temple wearing a skull T-shirt. 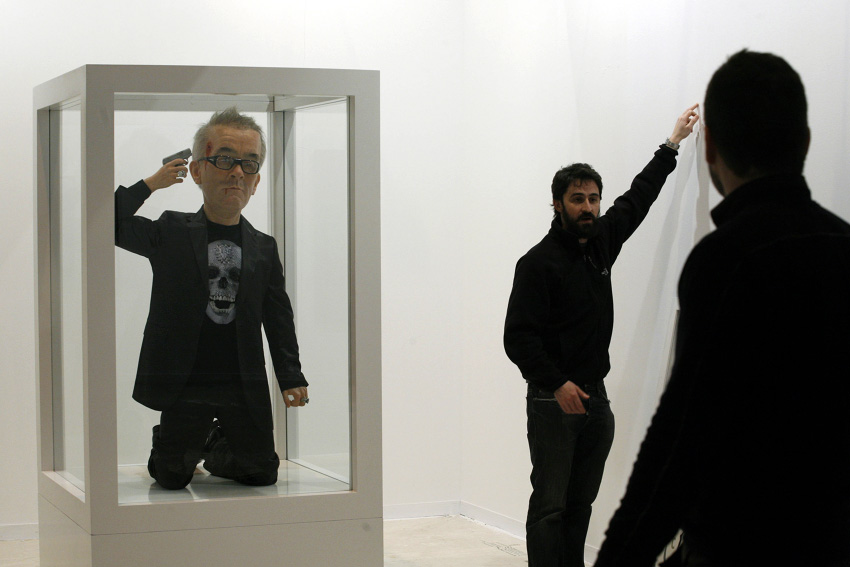