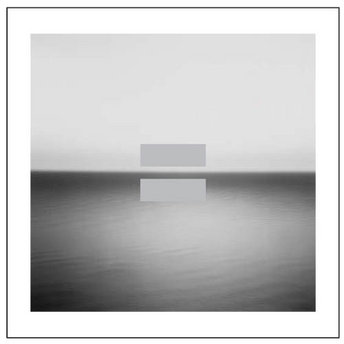 “No line on the Horizon”According to the band, the photograph was taken by Japanese artist Hiroshi Sugimoto and represents “an image of the sea meeting the sky.” There’s also an equals sign, but it doesn’t actually obscure the horizon, thus No Line on the Horizon.This is the first time U2 haven’t appeared on their own album cover since 1993’s Zooropa.