Yvon Lambert: “England has such vitality, so much is happening. For art, London is the destination now” - FAD Magazine
Skip to content

Yvon Lambert has been one of France’s major dealers for the past 40 years, with galleries in Paris, New York and now London. The gallery, which is opposite White Cube, opens with a show by the Mexican artist Carlos Amorales.

The Art Newspaper published the following interview from Georgina Adam

Yvon Lambert’s artist list features a host of major stars including Sol LeWitt, Barbara Kruger, On Kawara, Richard Tuttle, Jenny Holzer, Carl Andre and many others, as well as emerging names such as Patricia Piccinini and Sven Kroner. His 350-strong personal collection is exhibited in a non-commercial space, the Collection Lambert in Avignon, which opened in 2000. An early champion of minimalist and conceptual art, Mr Lambert became one of the very few French dealers to have ventured outside his national borders when he opened an outpost in New York in 2003.

When I meet Mr Lambert he takes me into a small office, unfurnished but for a wall of books, a table, chairs and two magnificent 2007 Anselm Kiefer paintings. He answers my questions patiently, but in keeping with his reputation for privacy reveals little, leaving his sentences to trail off. The French have a word for it, insaissable, impossible to catch.

So why is he setting up in London, and why now?

“I’ve always loved London, I love England, and it has such vitality, so much is happening here: exhibitions, sales and then of course Frieze is very important internationally. And I have lots of friends in London,” he replies, adding: “It’s so easy to get here, but its flavour is so different from Paris and other European cities.”

Why, then, have so few French dealers expanded into other countries?
“It’s difficult to reply, But it’s rather French to remain in the home country, unlike the English, Scots and Germans, who historically were far more expansionist. I suppose we French feel at home in our country.”

His co-director Olivier Bélot, who is a major force in the gallery, says: “There are a lot of collectors who only buy in London, so we have to be here to reach them. And some of our artists are not represented in Britain, so that is another reason. Finally, London has so many leading museums, particularly Tate, and that was a significant factor in our decision.” As for the choice of Hoxton Square, Mr Bélot says: “It’s not easy to find a beautiful, vast space with 7,000 sq. ft in London. We found this one and it’s opposite Jay [Jopling, White Cube gallery]; also, it belongs to a friend of ours, so all these things came together.”

Yvon Lambert has been a regular exhibitor at Frieze, from the first edition. “At the beginning all the French dealers wondered, ‘should we do this new fair?’ but London was the strong attraction,” Mr Lambert says. “The big difference today is Americans go more easily to Britain than to France; for art, London is the destination now.”

The new gallery has been planned for a year and a half, but the opening coincides with the worst financial crisis the world has known since 1929. “Of course it’s a difficult time,” he says. “But I’ve had a long career and it’s never the right time to take an important decision like this, setting up a new gallery abroad. It’s up to us to demonstrate what we are capable of—showing the best art”. 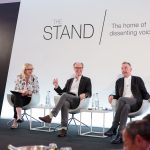 A lively and good humoured debate, with a shock result 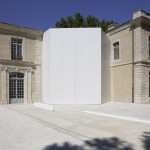 Yvon Lambert first started amassing his contemporary art collection in the 1960s, and it includes works by artists including Cy […] 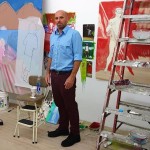 Artnet has published its list of the top ten most expensive living British artists at auction for 2015. The list betrays a gentle change in the current of British art, 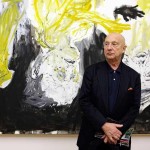