During a recent trip to Naples, I visited the stunning Capodimonte Museum and saw two exhibitions which are closely related: ‘Beyond Caravaggio’ (‘Oltre Caravaggio’): a new tale of painting in Naples’, which features some of the great artworks of the Neopolitan 17th Century; and a retrospective of Neopolitan artist Battistello Caracciolo (1578-1635), who was heavily influenced by Caravaggio.

‘Beyond Caravaggio’ is an extensive survey exhibition of 17th century Neopolitan artworks, featuring over 200 artworks displayed in 24 large rooms, curated by Stefano Causa and Patrizia Piscitello. The pièce de resistance of ‘Beyond Caravaggio’ is a vast canvas titled ’Flagellazione di Cristo’ (‘The Flagellation of Christ’) (1607), which Caravaggio painted for the de Franchis family chapel in the Church of San Domenico Maggiore, Naples.

Caravaggio (c. 1571–1610), born Michelangelo Merisi in Naples, was an Italian painter who is considered one of the fathers of modern painting. He is credited with inventing chiaroscuro, and his masterpieces included ‘The Death of the Virgin’ and ‘David with the Head of Goliath’. He inspired generations of artists, although his talent was often overshadowed by his controversial lifestyle.

When Caravaggio was only 6, the bubonic plague arrived in Naples, killing almost everyone in his family, including his father. The orphaned Caravaggio became an apprentice to artist Simone Peterzano in Milan, and in his late teens moved to Rome. His career and life were relatively short, and only just over 40 of his paintings still exist today. Caravaggio fled Rome after murdering Ranuccio Tomassoni during an illegal duel in 1610, dying not long after at the age of 38. In her book ‘Bright Stars: Great Artists who died too young’, Kate Bryan describes Caravaggio as ‘Art History’s Bad Boy’ and writes that ‘his motive was likely the pursuit of realism, to transform the idealized, untouchable characters that had long dominated religious painting into more relatable figures’.

This newly curated narrative of painting in Naples reconsiders the ‘Century of Caravaggio’ and features many works by Jusepe de Ribera, a Spaniard who arrived in Naples in 1616, six years after Caravaggio’s death. Also featured in the exhibition are some stunning paintings by Artemisia Gentileschi, who was the subject of a major retrospective at London’s National Gallery in 2021, including ‘Annunciazione’ (‘Annunciation’).

‘Beyond Caravaggio’ curators Stefano Causa and Patrizia Piscitello propose to reconsider Longhi’s study of Caravaggio, and to rethink the entire articulation of a century of art in Naples that not only belonged to Caravaggio, but also to Spaniard Jusepe de Ribera. This new exhibition highlights not only Caravaggio’s huge contribution to Neopolitan art and art history in general, but also shows how the artistic civilization of Naples was infused with contributions from non-Italian artists and through exchanges with other artistic centres, since Naples was a large port city and a crossroads of Italian life and culture. In the 17th century, Naples had become one of the most populous cities in the world, exerting a profound influence on European culture, and for centuries it has suffered attacks, invasions and destruction, facing numerous natural disasters: volcanic eruptions, earthquakes, tsunamis and plagues.

Several paintings by Italian Old Master Battistello Caracciolo (1578-1635) are included in the Caravaggio exhibition, while Caracciolo is the subject of a major survey show in the Sala Cause of the Capodimonte Museum, curated by Stefano Causa and Patrizia Piscitello.

Naples-born Caracciolo embodied the teachings of Caravaggio, to the point of being defined as the ‘bronze patriarch of the Caravaggeschi’ by art historian Roberto Longhi. The Caracciolo exhibition opens with a video installation and contains around 80 works by the artist loaned from Italian institutions and collections from around the world including exquisite paintings and drawings.

Lee Sharrock was a guest of the Hotel San Francesco al Monte in Naples, a former 16th Century monastery with a panoramic view of the Gulf of Naples, which has been restored by architect Luciano Raffin. The monastery was founded by the Order of Friars Minor Conventual, also known as the “Barbanti” for their flowing beards, and carved in the side of the hill of San Martino in Naples, and later became the Church of Saint Lucia Vergine e Martire. Although the monastery is now a hotel with a contemporary art collection, it still retains many of the original stained glass, frescos and altarpieces, including a chapel dedicated to San Giovan Giuseppe della Croce, patron saint of Ischia. The third floor also houses the cell where Giovan Giuseppe della Croce spent the last 12 years of his life. Remembered for the miracle of the apricots that grew around him even during the winter, he was beatified in 1789. sanfrancescoalmonte.it 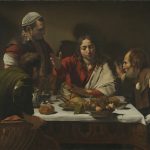 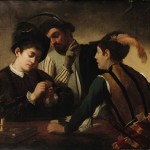 Daniel’s Value and Ideas #42: The Birth of Value Out of the Spirit of Experts