Artist Marina Abramovic and Sean Kelly have partnered with photographer Marco Anelli, leading online art marketplace Artsy, and Baobab Frames to help support the humanitarian crisis in Ukraine by hosting a benefit auction in which 100% of the proceeds will go to Direct Relief’s emergency response to aid Ukraine.

The two lots will feature a unique opportunity to be photographed sitting with iconic performance artist Marina Abramovic at Sean Kelly Gallery, New York, on Saturday, April 16th, the final day of her current exhibition, Performative.

The winning bidders will be photographed seated opposite Abramovic in her installation of The Artist is Present, a six-projection film documenting, in real time, her historic 2010 performance at MoMA in which she sat silently in a chair as visitors to the museum took turns sitting across from her for eight hours a day, over nearly three months, for a total of 716- and one-half hours. Each of the winning bidders will be photographed with Abramovic by renowned photographer Marco Anelli, who documented every sitting in Abramovic’s legendary performance. Each sitter will receive a framed copy of the photograph signed by both Abramovic and Anelli. In addition, they will receive a signed copy of Anelli’s 2021 publication, Portraits in the Presence of Marina Abramovic, which includes portraits of all 1545 participants in the MoMA performance.

The online auction, hosted by Artsy is live until March 25th.

In a viral video issued by Abramovic about Russia’s unprovoked war on Ukraine, the artist states, “I have full solidarity with [the Ukrainian people] on this impossible day. An attack on Ukraine is an attack on all of us. It’s an attack on humanity and has to be stopped.”

“We stand in solidarity with the people of Ukraine and are deeply concerned by Putin’s invasion and the unspeakable suffering it has unleashed on the Ukrainian people. Marina has made work in Ukraine and has many ties to the area. We condemn this act of aggression and support Direct Relief’s humanitarian efforts. We are honored to collaborate with Marina, Marco Anelli, Artsy and Baobab Frames to raise funds in support of the people of Ukraine.”

In October 2021, the Babyn Yar Holocaust Memorial Center, Kyiv, Ukraine, unveiled Abramovic’s The Crystal Wall of Crying, an interactive “wall of healing.” The 40-meter structure made of coal with crystals protruding from it commemorates the Jews killed in Ukraine’s capital during one of the biggest massacres of the Holocaust.

All proceeds from the auction will be sent to Direct Relief in Ukraine. To show our further support for Ukraine’s citizens, Sean Kelly Gallery will make donations to Direct Relief via a GoFundMe page.

Direct Relief has a long history of responding to humanitarian crises. They are now working directly with Ukraine’s Ministry of Health and other on-the-ground partners to provide urgently needed medical aid, including emergency response packs intended for first responders, oxygen concentrators, critical care medicines, and much more.

To place a bid visit artsy.net/marinaabramovicforukraine 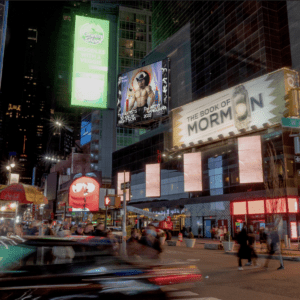 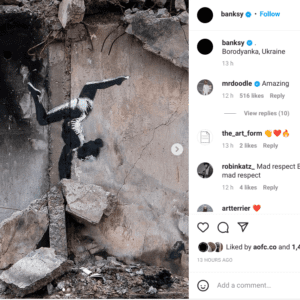