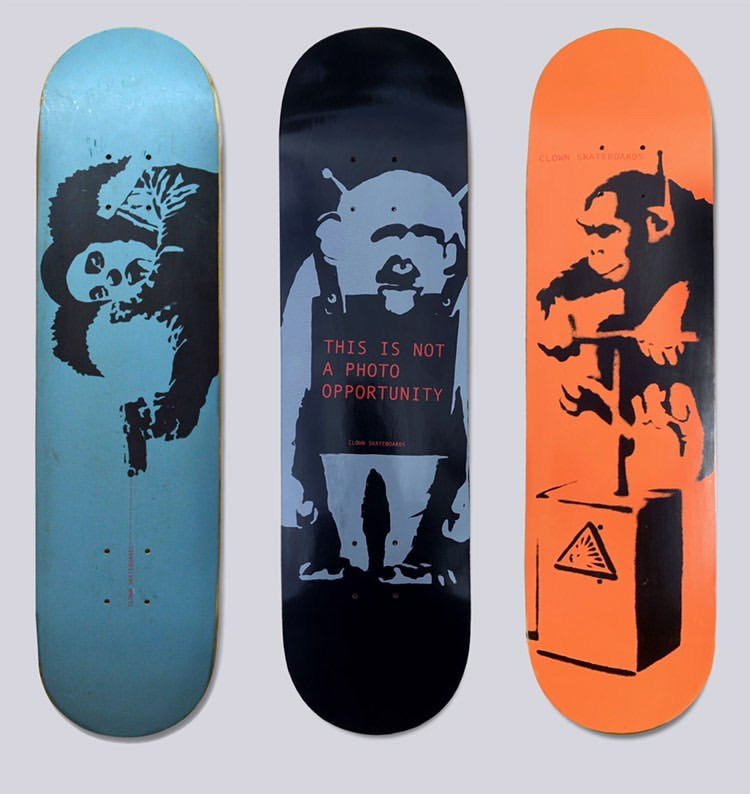 In 2000 Banksy was just about to explode after he, Jeff Boardman and Vikas Malik came together to create a street party showcasing his work for the very first time in London with the now legendary “Rivington Street Exhibition” and the release of the first little black book. – “Banging My Head Against A Brick Wall”.

After the show Jeff and Vikas – who had been looking to start their own brand that incorporated Art, Music and Skateboarding – asked BANKSY to create the Clown’s logo and designs for the first two Skateboards. 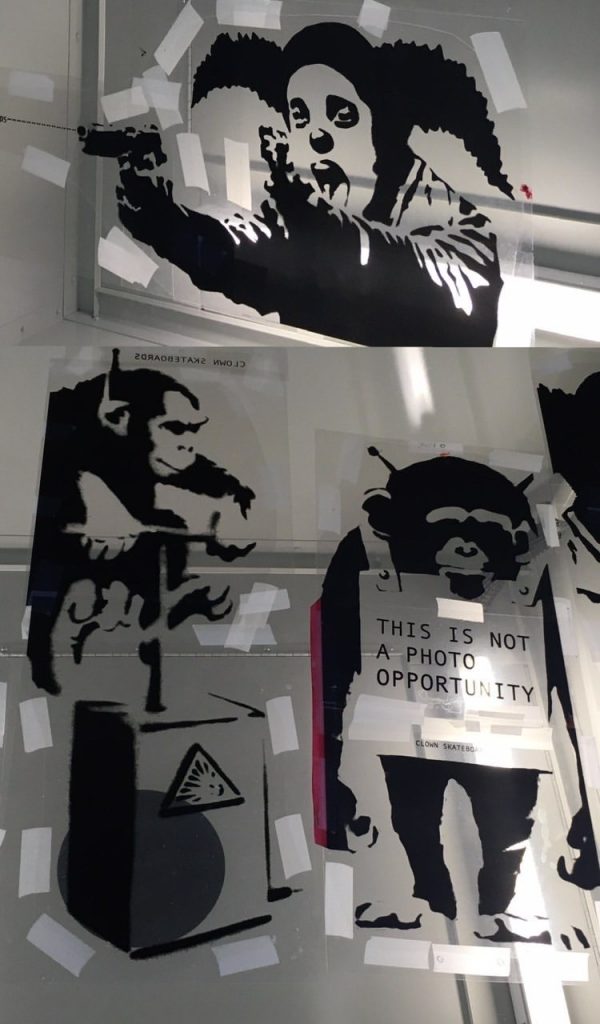 CLOWN SKATEBOARDS was conceived with a test press series in AUGUST 2000 with two board graphics and their iconic logo designed by Banksy. Just like dubplates in music they wanted to know which got the best feedback in order to go into full production for Christmas 2000, so printed a limited number to show to the shops and give to the then small Clown team. Only 20 of each were printed. The monkeys bombed (go figure) but the logo was very well received – “if you changed the colours”. So, the first official full run included 100 black and red Clown logo boards.

For five years the brand strengthened, building a kick ass skateboard team in the form of Chris Oliver, Simon Skipp, Benny Fairfax, Woody and Mattias Nylen inspiring a new gen of riders whilst celebrating legendary artists such as MAU MAU, Adam Neate and Jock from 2000AD’s talents. Add to the bag a host of music programming with the mighty Clown Sound System which ran club nights up and down the country, including roadblock sessions at Plastic People in London, notorious pirate radio takeovers and even hosting the legendary Trouble on Vinyl stage at Carnival, CLOWN SKATEBOARDS enjoyed an illustrious ride.

“We were on a high but decided to put the brand on ice with the aim to get started again in the near future – we needed a breather.” 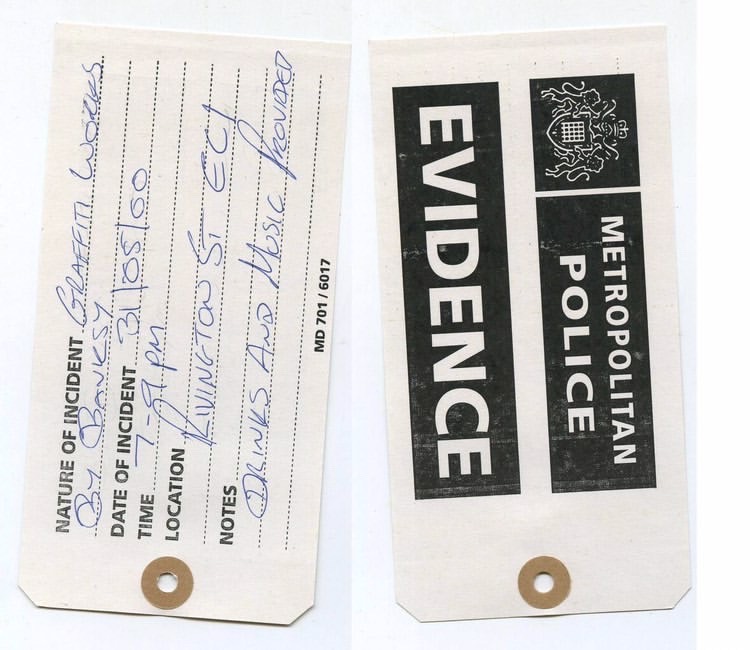 Fast forward to 2020 and that ice has now melted – Jeff and Vikas are back to finish what they started.  The Skateboarding, Art, Music and Maker scenes are accepting of all walks of life: open-minded and ever-developing, fostering communities which nourish the mind, body and soul. By building on the legacy, CLOWN SKATEBOARDS will be making a practical commitment working with Skateboarders, Musicians, Artists & Local Makers to help kids in less privileged circumstances get involved with scenes that have nourished them. The aim this time around, to be even more community-focused than before and go wider with giving support.

In NOVEMBER 2020 Clown will release the CLOWN / BANKSY TEST PRESS series which will finish what they started in 2000 i.e. COMPLETING THE 100 OF EACH as agreed with BANKSY and will be the last time the logo board will run in this variation EVER.

The ‘CLOWN BANKSY TEST PRESS’ series will be a pack of three (LOGO, MONKEY 1 & 2) with only 60 sets available to the public. The remaining 20 sets will not be available to purchase. The original acetate will be used 20 years later to handprint this run making it officially exactly like the first-ever test press. After this run, the screens and the acetate will be retired never to be used again – locked away forever in the Clown catacombs.

The series will help us kick start Clown’s commitment to helping kids in less privileged circumstances get into skateboarding – for every BANKSY TEST PRESS PACK sold, 3 Clown Standard Skateboards will be produced and given away early 2021.

Further plans for 2020 and 2021 are in the making. The opening of the Clown Standard range will take influence from the vaults, but the majority created with a fresh outlook and the future in mind, a mixture of alliances and in-house works brought together by 2020/21 resident Creative Director SUNIL PAWAR.

Sunil inhabits a blurred world between traditional painting, design, fashion and technology, whose clients and commissions have included Junya Watanabe / Comme Des Garcons Tokyo (signature artist for three capsule ranges) and Make Poverty History, with artworks exhibited at The Tate Modern, The Museo d’Arte Contemporanea di Roma and The Scion Space in LA. A friend of CLOWN for many years and there from the beginning of the story, Sunil is warmly welcomed back into the family fold to continue pushing the legacy.

The introduction of a special Guest Art and Skater Program will directly give back as part of the ongoing commitment to the communities that have themselves inspired and nurtured the brand’s origins.