Mel Bochner, Plain as the Nose on Your Face - FAD Magazine
Skip to content 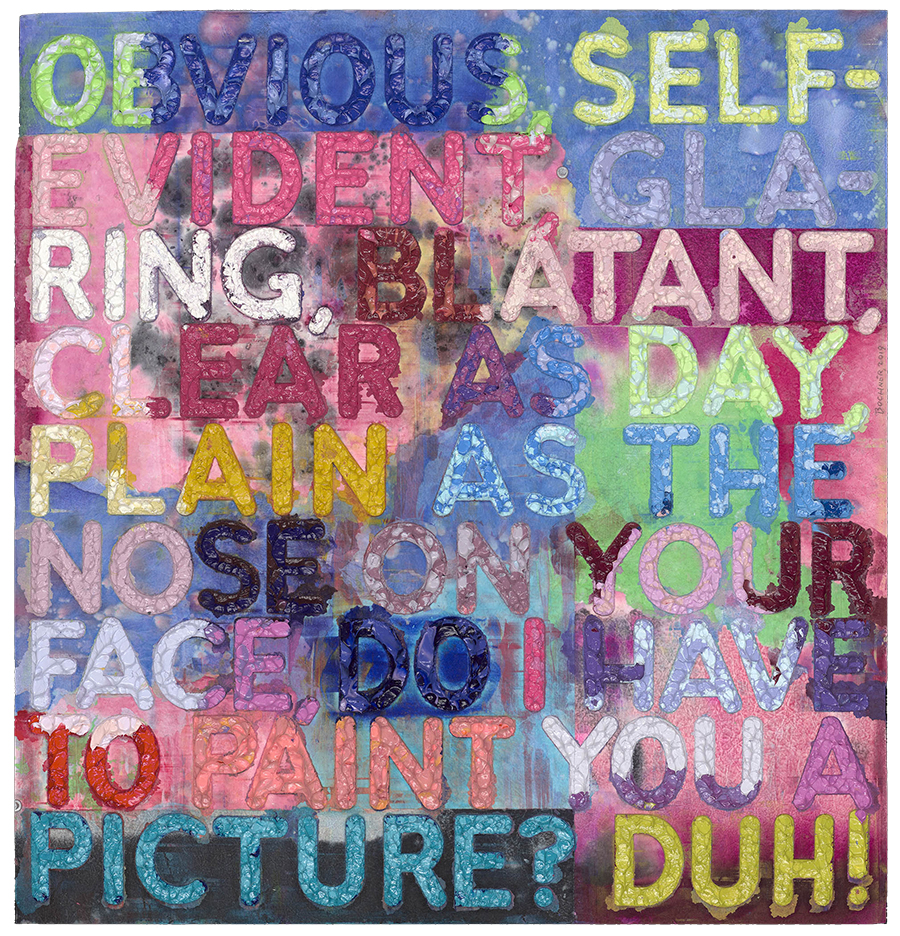 Lockdowns have been in place long enough by now that galleries have had time to home their digital content beyond simply putting up what would have been in the gallery. Simon Lee’s Mel Bochner viewing room, for example, gives us various texts, a film and a discussion with the New York based artist which, alongside the images, provides a comprehensive overview of his practice (to 17th May). By no means does Bochner always paint text, but here are six works which give a quick overview of his engagement with language: 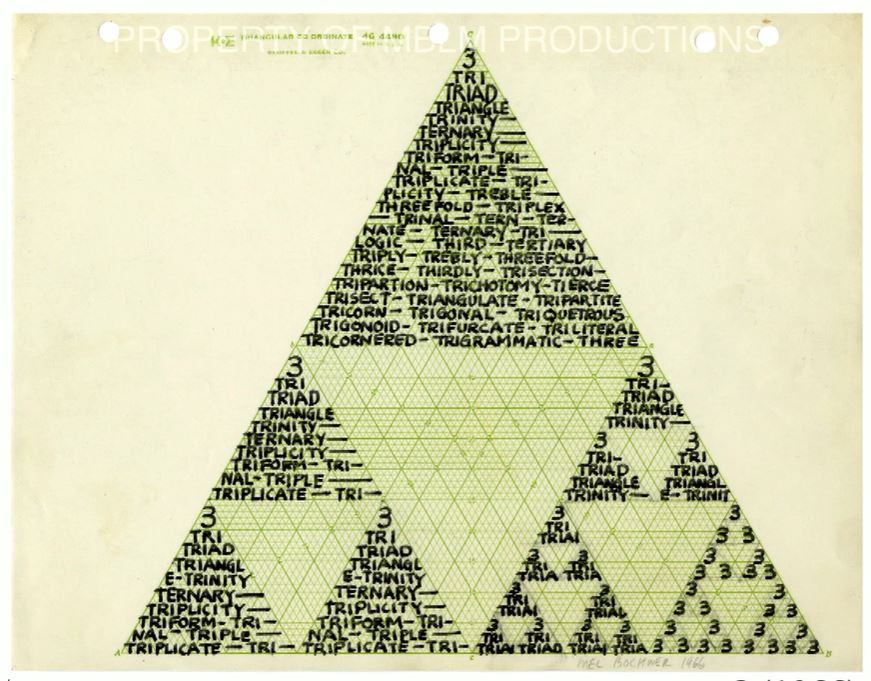 Bochner says this drawing on a sheet of triangular graph paper led him to turn to the thesaurus for the first time. ‘I thought it would be interesting to look up the etymology, synonyms and definitions of the word ‘three’… and I saw it could exist simultaneously as numeral, word or image’. 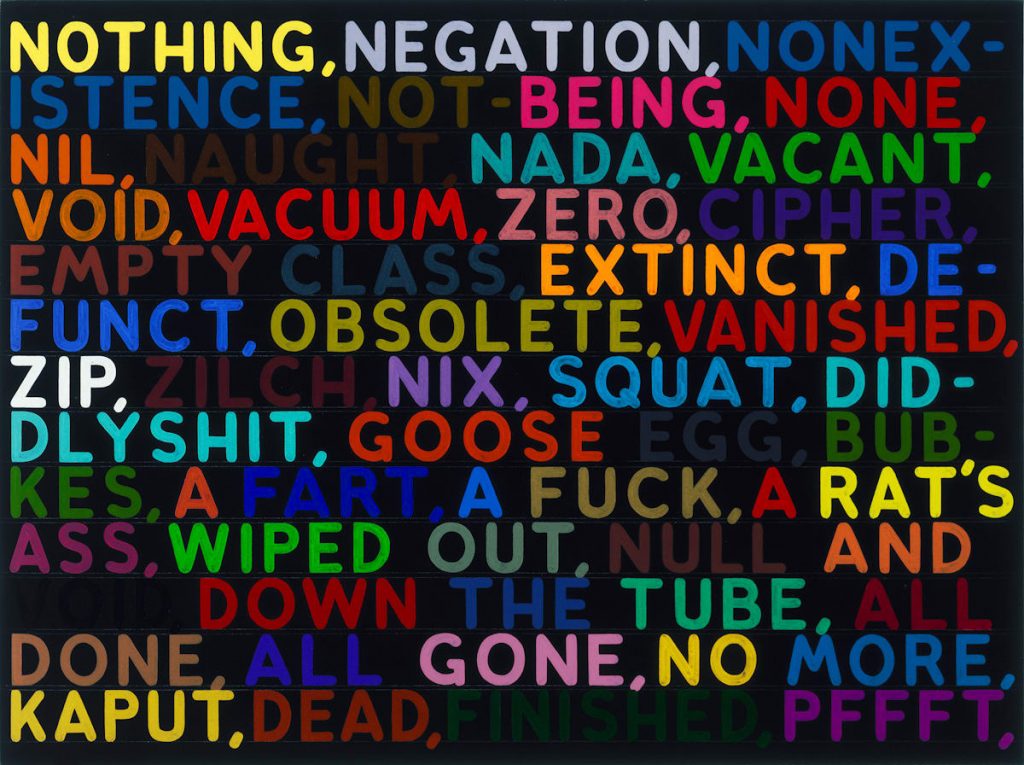 Bochner merges painting with language because, he says, ‘language is a covert means of smuggling ideology into discourse’ and he’s interested in how ‘language structures thought and thought in turn structures what we see.’ ‘For me’, says Bochner of the thesaurus paintings, ‘they are about the journey that the mind goes on from the first word to the last word’. Pffft! 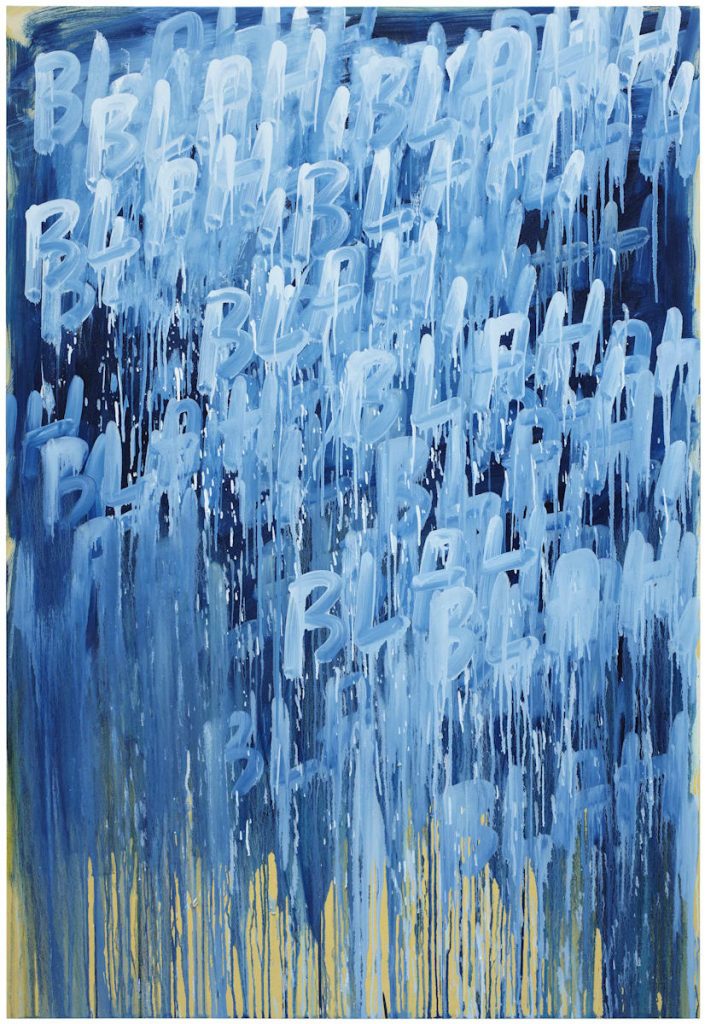 ‘Blah blah blah is  a way of shorthanding a conversation’, says Bochner, ‘you know what I’m saying, so blah blah blah’. It’s a form of agreement.   But it also carries a contradictory and critical meaning – what you are hearing or saying is in fact meaningless, it’s simply blah blah blah. It’s about the emptiness, the endlessness and the darkness of the discourse’.

Bochner’s work has become increasingly painterly and rich in colour and texture – something which extends into editions, such as this monoprint in oil paint with collage, engraving and embossment on hand-dyed Twinrocker handmade paper. 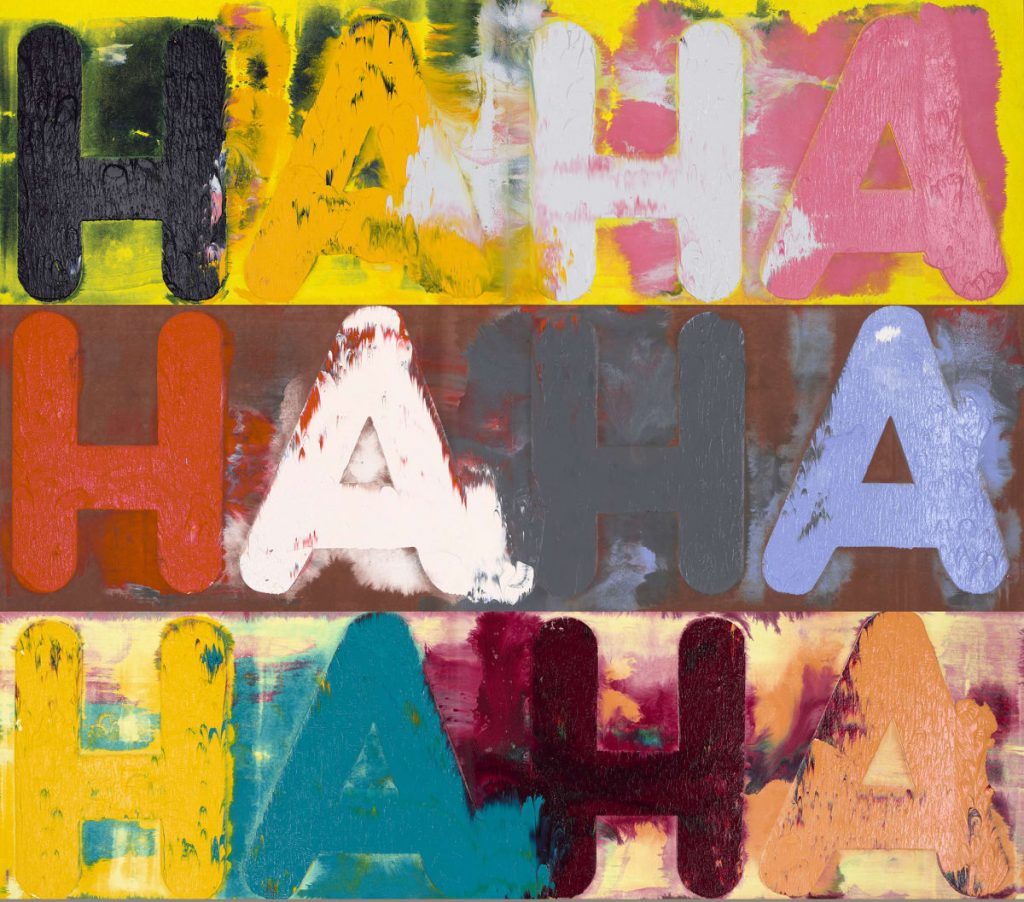 Like ‘blah’, ‘ha’ can operate positively or negatively. It also allows Bochner to play with the sincerity of his endeavour, as if laughing at the legacy of conceptual art he himself has helped to shape.

This is one of Bochner’s most recent word paintings, from a series moving on from the thesaurus as source to isolate set phrases so that we attend to their ambiguities. Right now, some might find it hard not to pin the phrase to Matt Hancock …