20 year old art dealer Mark Keshishian, is looking to revive respect for the styles, techniques and traditions of the old masters. - FAD Magazine
Skip to content 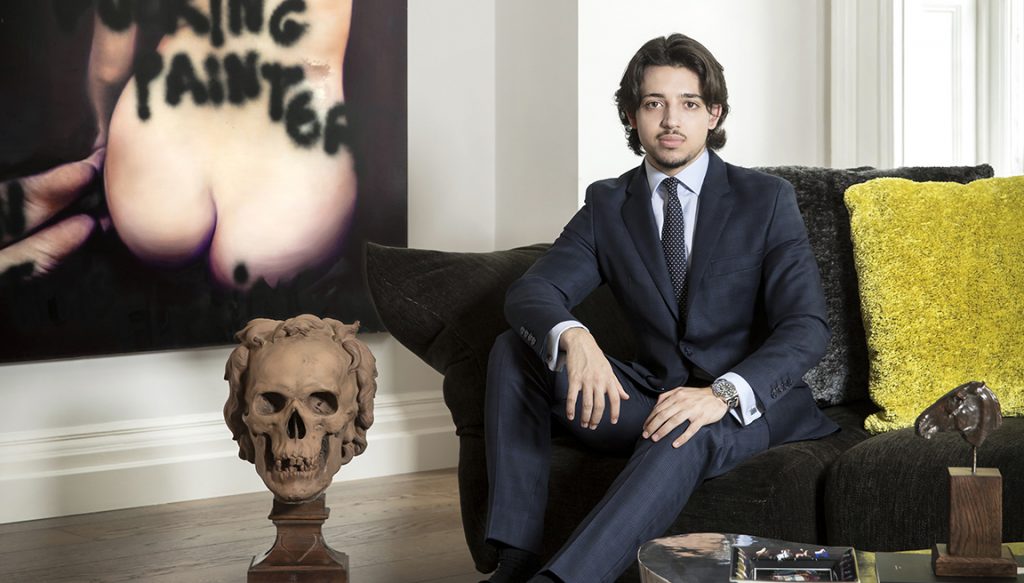 One of the youngest new arrivals to London’s contemporary art market, Mark Keshishian, is looking to revive respect for the styles, techniques and traditions of the old masters of painting and sculpture among artists and collectors operating today. This emerging art dealer and curator, who has handled art and antiquities his whole life, now launches Karnik Gallery, a new platform to represent contemporary artists whose approach draws from or refers to the artistic traditions of the past, while producing work that is innovative, modern, relevant and challenging. 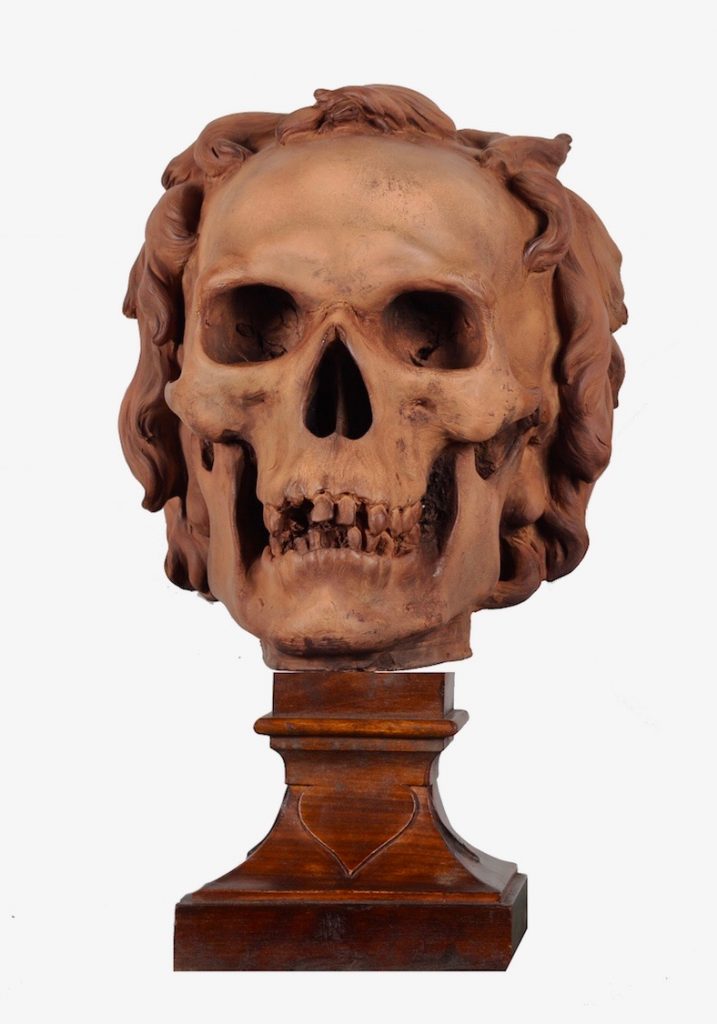 Resonance X Relevance is an ambitious debut featuring artists such as Mouna Rebeiz, Lino Lago, Hiro Ando and Guido de Pascale. The exhibition hopes to demystify the old masters and bridge the gap between a reverence for the past and an appetite for the contemporary. It aims to surprise collectors, audiences, gallerists and artists alike by challenging the associations that one may have with old masters, illustrating that they have a tremendous role to play in contemporary art.

Keshishian already has a sizeable chunk of art sales under his belt, having worked on sales at Hignell Gallery (London) and on art auctions hosted by Sotheby’s at the Saatchi Gallery and Banque Libano-Franc?aise. For his debut, Keshishian has brokered strategic partnerships with the likes of Galerie Jacob Paulett, Tomasso Brothers Fine Art and Sladmore Contemporary. His emergence in London’s contemporary art market fills a gap for a young art dealer dedicated to connecting the old with the new.

Born and raised in London, Keshishian descends from a family of Armenian-Lebanese origin, migrating subsequently to the UK and the US. In 1921, his grandfather Karnik Keshishian, who lends his name to the new platform, established a world-leading wholesale business trading antique hand-woven silk carpets and tapestries. Today, the business has evolved into a high-end gallery concept operating between Belgravia (London) and Madison Avenue (New York), dealing a collection of around 500 of the world’s rarest antique carpets and tapestries, many of which have been sold and loaned for display in art institutions around the world.

French-Lebanese painter Mouna Rebeiz , one of the contemporary artists in the Karnik Gallery portfolio, presents four works at the upcoming exhibition. The artist studied at the E?cole Nationale Supe?rieure des Beaux-Arts (Paris), the Institute of Fine Arts (Beirut) and the Atelier Ce?piade (Paris). In Paris, she was taught by Alix de la Source, a specialist of 17th and 18th century painting and lecturer at the Louvre, who trained her in the techniques of the old masters. Rebeiz has displayed work at venues such as the Saatchi Gallery (London), Fondation Paul Ricard (Paris), Menasart Fair (Beirut), Espace Montblanc (Paris), Chelsea Arts Club (London) and La Voie de l’Opera (Paris). 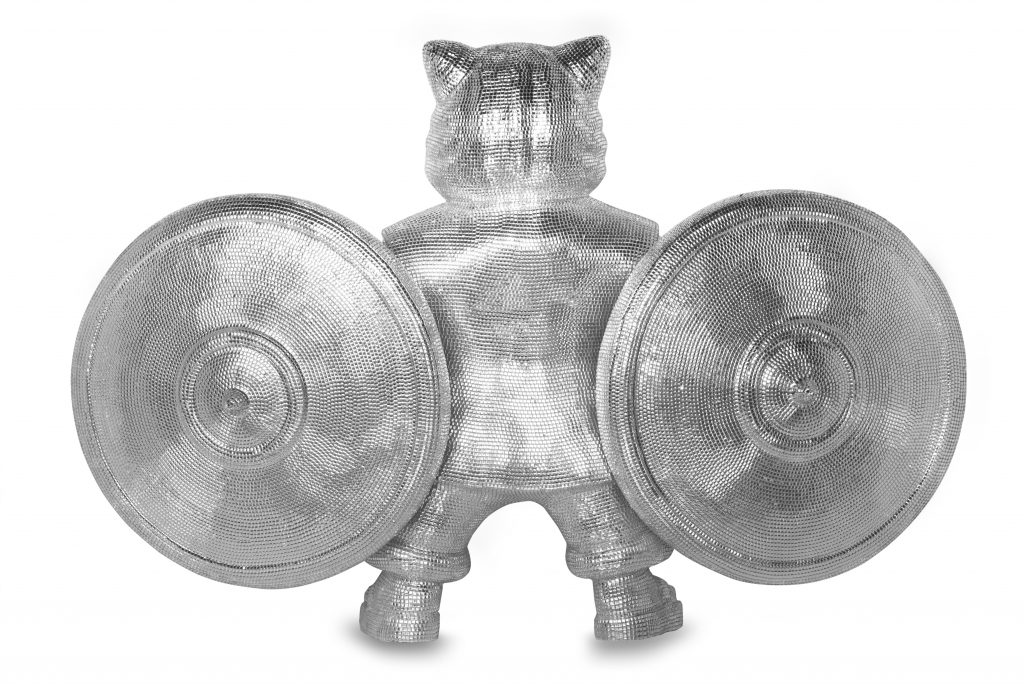 Japanese pop artist Hiro Ando lives between Tokyo and Shanghai, working with a figurative style and sculptural understanding of form. His work brings together the Japan of the past and the present, recontextualising and reformatting emblematic cultural icons like the maneki-neko (lucky cat), samurai warrior, sumo wrestler and koi fish. In 2005, Ando co-founded an artist collaborative studio known as Crazynoodles. Solo shows of Ando’s works have been displayed by galleries in cities around the world including Tel Aviv, Barcelona, San Francisco, Miami, Paris and Singapore.

Another artist in the exhibition, Guido de Pascale, produces terracotta skulls in the Italian vanitas style which became popular in the 17th century. Vanitas artworks reflect on the fragility of man and represent his relationship with death. Other artists to feature in the show include British sculptor Nic Fiddian-Green, Danish multidisciplinary practitioner Morten Rockford Ravn and Lebanese-Armenian sculptor Raffi Tokatlian.

“I believe that, in response to a landscape saturated with high-concept, non-figurative work, there is a resurging appetite in today’s art market for the old masters of sculpture and painting. Yet, there are few platforms devoted to contemporary artists who employ or respond to these historical styles and techniques in innovative, modern ways. I want to bring these two opposing worlds together, creating a unique and unusual dialogue between old and new. Rather than simply replicating old masters’ work, it is about exercising a historical reverence while at the same time surprising viewers, redefining rules and pushing boundaries. For as long as I can remember, I have been surrounded by aesthetic objects, whether works of craftsmanship or fine art, that hold a powerful sense of antiquity and heritage. There is often a misconception that the old masters represent something distant from today’s times, inaccessible and alienating – but I believe that they can hold a tremendously integral place in the contemporary art world.”