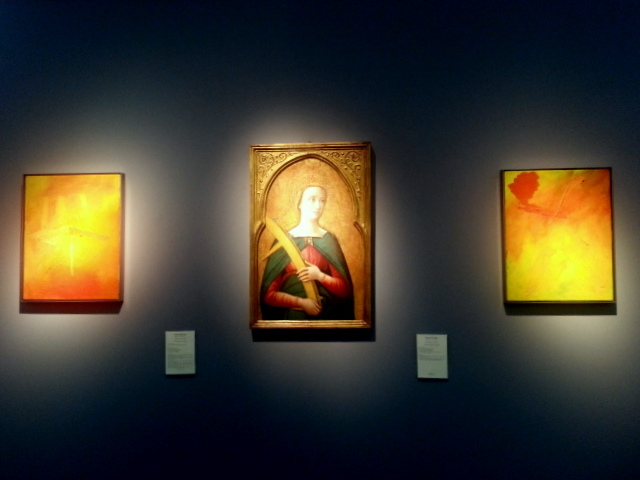 One of the biggest stories from the Nazi regime’s looting of Jewish-owned art began with a routine customs check on a train from Zurich to Munich in September 2010. When customs agents stopped Cornelius Gurlitt, an elderly man resident in Munich, it turned out that he had an unusually large sum in cash on him. The money, which was only just within the legal limit, had apparently derived from an art sale in Bern.

The Bavarian authorities decided to investigate his affairs and in early 2012 carried out an inspection of his Munich apartment. They were astonished to discover it crammed full of art – more than 1,200 pieces. They surmised that he may have been secretly dealing and impounded them subject to investigation.

Because of who he was they also called in an expert to investigate the provenance of these works. His father Hildebrand Gurlitt had been one of the most important German art dealers to have collaborated with the Nazi regime. Although Gurlitt senior was exonerated of criminal collaboration in 1947, changed attitudes towards these issues today meant that almost any artwork that had passed through his hands was suspect.

When the story eventually broke in November 2013 there was an international media storm. The Bavarian authorities established a task force to examine the provenance of pieces in the find and Cornelius Gurlitt agreed to return works to the heirs of original owners where a case of forced dispossession was established. Soon after this, in April 2014, he died, and it transpired that he had bequeathed the remaining collection to the Bern Kunstmuseum.

This problematic gift generated two coordinated exhibitions in the winter of 2017. The federal art and exhibition hall in Bonn, the Bundeskunsthalle, showed works whose provenance remains under review and in Bern the museum of fine arts, the Kunstmuseum, displayed pieces that had been cleared of suspicion. The “Gurlitt: Status Report” show in Berlin this year was a combination of the two.

The Gurlitt hoard included some that had been discovered in 2014 in another of his properties in Salzburg. Almost half were either from the Gurlitt family collection or derived from the Nazi “Entartete Kunst” or Degenerate Art campaign of 1937-1940. These were works “purged” from public collections that the regime had allowed Gurlitt senior and three selected colleagues to acquire and sell abroad. By law, Cornelius Gurlitt had clear title to the stocks from this source that his father had retained.

But there were undoubtedly pieces in the hoard that had been expropriated from Jewish owners in Germany and France. The initial investigation by the task force established five proven cases – including a Matisse from the stock of the Parisian dealer Paul Rosenberg which he had put in storage in 1940 when fleeing France for the USA. Another painting was a Pissarro that had belonged to Max Heilbronn, from the family that owned the Galeries Lafayette in Paris (which had been “aryanised” – handed over to non-Jewish ownership).

There was also a Liebermann painting that had been extorted from the collector David Friedmann in Breslau (Friedmann died in 1942 and his daughter was deported to Auschwitz). The painting was restituted to his great nephew in May 2015 and fetched a sensational price at auction shortly afterwards.

But it quickly became evident that the provenance of many of the works was unclear – and, despite intensive research – this remains true today.

As the current exhibition and the documentation around it demonstrate, the German authorities have devoted enormous resources to the Gurlitt find. This is indicative of the transformation in attitudes and policies towards the restitution of Nazi-looted art over the past 30 years in Germany. In 1998 a conference was held in Washington devoted to this subject which laid down 11 key principles. These included the encouragement of restitution claims, the opening of relevant archives, the establishment of a central registry of information and the development of national processes for the handling of claims.

The Gurlitt case brings out key features of this difficult topic. First and foremost is the fundamental role of provenance research in determining restitution claims. The digitisation of records and the advent of the internet has transformed the field, but it remains a complex and arduous activity, dependent on both resources and determination.

Looted art also raises complex legal issues. The Washington Principles called for a “just and fair” solution to restitution claims, prioritising moral over legal grounds. But these only applied to public bodies – private owners are not bound by them. Cornelius Gurlitt waived his individual rights to those works that the Kunstfund discovered had been looted – a very limited number – but the case drew attention to the difficulties attached to restitution claims caused notably by the statute of limitations concerning ownership under German law.

It also cast a renewed spotlight on the history of the German art world during the Nazi era and its legacy in the postwar years. Gurlitt senior, who was himself a quarter Jewish, had taken up art dealing under pressure of circumstances in order to earn a living in the new political climate. His move towards ever closer collaboration with the Nazi regime was motivated by a combination of ambition, greed and self-protection.

The extent to which he was directly involved in art “looting” is not entirely clear. When interrogated by the American authorities in 1945 he was adamant that he had only purchased work offered him voluntarily and that he had nothing to do with the Nazi agents engaged in the expropriation of Jewish collections.

But two things are evident – he and colleagues in France, Holland and Germany – exploited a situation in which the art market was extremely buoyant through a combination of forced sales, lack of other commodities and enormous demand on the part of both public bodies and individuals in the Third Reich. And when the heady era of German domination turned into catastrophe, they set out to preserve as much as possible of their art stocks, and to cover their tracks.

Gurlitt was able to rebuild his career after the war as director of the Düsseldorf Kunstverein. The Gurlitts occasionally lent works to exhibitions – Indeed at the end of his life Hildebrand was the main source of items for a touring exhibition of Modern German works of art on paper for which he wrote an account of his collection and artistic philosophy – which remained unpublished.

But the size and range of their collection was not publicly known – even if some art market insiders were aware of it. Over the years, Gurlitt junior relied on complicit discretion and lack of transparency in the art world in order to surreptitiously sell paintings.

This was dramatically exposed in the aftermath of the incident on the Zurich-Munich train. The Gurlitt Case abruptly confronted the present and the past: it gave a dramatic impetus to the efforts of the German cultural establishment to engage with the phenomenon of Nazi-looted art and contributed to international awareness of the complex issues raised by the Washington Conference 20 years ago, that remain highly pertinent today.