Proudick is the first collaborative exhibition of artists and friends Paloma Proudfoot and Lindsey Mendick. Drawing from the tradition of celebrity-couple portmanteaus, the artists have rebranded themselves as Proudick for the duration of the exhibition. Like the personal lives of Kimye, Brangelina and Bennifer, Proudick will offer up their private lives as tabloid fodder through still-life installation and performance, drawing from the world of Greek myth through to the work of Tracy Emin and Sarah Lucas. 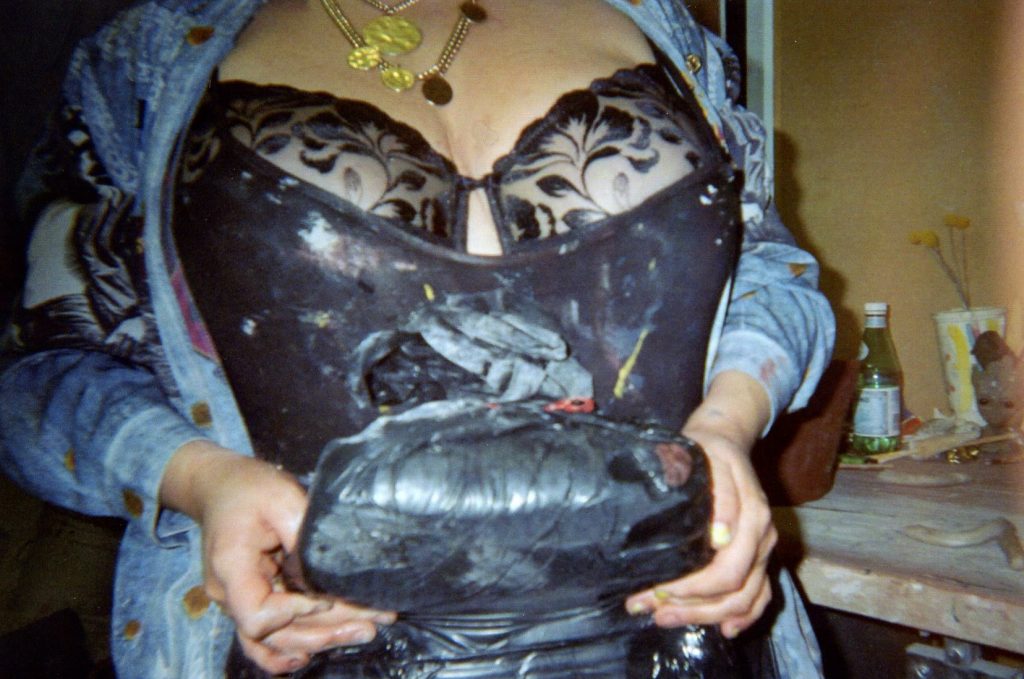 We petrify our subjects: casting or simulating organic matter into clay. Fired and lacquered with glaze, they are hardened but still liable to shatter. Like Medusa, freezing our victims in anger, imposing stillness in our ceramics whilst a writhing unsure mass ourselves. – Proudick

Greek mythology often speaks of the danger of the female presence, with mythical women frequently violating the masculine form: melting, morphing and freezing them in an amorphous sexual desire. Proudick will create gothic souvenirs of these moments, extending and castrating everyday objects into the anthropomorphic protagonists of these stories. Oversized Jane Norman bags, oxblood eels, drooping bowling pins and oozing jacket potatoes become the contemporary echo of Medusa and her sisters. Like the portrayal of woman in myth, the works are porous: they bleed, seep, leak and swell.

Our desire to gain control through stillness bleeds into our life as friends. We take screenshots of text conversations with thwarted ex-lovers, freezing the evidence of their inadequacy. We turn this petrifying glare towards ourselves too, capturing and sharing our faces in hungover withdrawal, obsessively analysing seemingly inconsequential moments that spawn whole periods of self-disgust. Bile, drivel and love streamed through iMessage. – Proudick

Through the lens of friendship, Proudick’s sculptural work will fuse with self-portraiture into one cohesive body of work. Looking historically to Tracy Emin’s My Bed (1998), with all its tabloid controversy, Proudick give thanks to the inspiration it gave them to become artists by reappraising this work in the form of two parallel, yet single beds. The artists will explore the connection to Emin further, mirroring The Shop, a collaborative project between Emin and Sarah Lucas in the early 1990s. Stemming from friendship and a need for respite, the two artists created a haven of free-spirited creativity in Brick Lane. A shop that transcended the studio and defied the particular trends that flooded the art of the time.

Like Emin and Lucas, Proudick will create effigies to their friendship, monuments to the dishevelled bedroom and the leaky woman. The sculptures will commodify their failures: the dirty cups and plates that reside and cower beneath the bed, posters that adorn bedroom walls, and knickers that unfurl as simultaneous trophies of the night before and spectres at the feast.

Proudickock!
Wednesday 21 November, 7-8pm
An evening of performances exploring so-called ‘acceptable’ feminine behaviour and the millennial anxiety of both meeting and ignoring these expectations. Lying side by side, Proudick will stage an eating contest, a messy protest to the line of exes who have made fun of their shared enthusiasm for food. Through loud mouthfuls of hotdog, Proudick will out their ordinarily private misdemeanors. Teddy May de Kock will create a soap-opera-style performance created from the stream of text messages that Proudick have sent each other. Mendick will be harking back to teenage lovelorn misery in a musical exploration of Leona Lewis’ seminal Bleeding Love, and Proudfoot will perform a new text work based on Hannah Wilke’s 1982 song Stand Up. 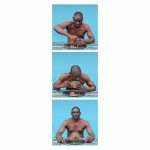 Probably the art fair most suited for online Daata Fair, an art fair dedicated to showcasing the best of international […]