Stuart Semple (whose work uses a lot of glitter) isn’t the kind of artist to sit quietly and accept the reality of a horrific future where humanity has lost its sparkle. So, he’s locked himself in a lab with compassionate scientific geniuses (the same crack team that brought the world the Pinkest Pink and a Super Black to all artists except Anish Kapoor). 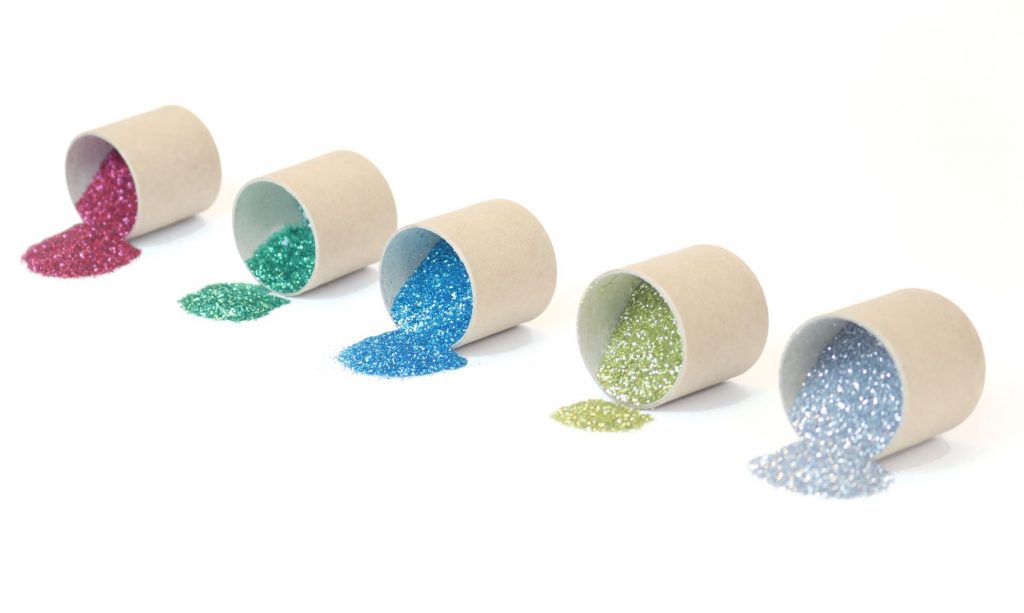 He’s emerged with a series of five plant-based, 100% compostable ultra-sparkly glitters for the artistic community to use. He has named the super-glitters ‘DAZZLE’ and is deploying them via his Culture Hustle website and social media is already going crazy for them.

“Picture Bowie. Now picture him without his eye makeup. Picture a Christmas decoration or a handmade Mother’s Day card without glitter. A world with no sparkle isn’t a world I want to live in.
“Glitter is evil, I hate it! It’s literally killing our planet. We have to get on the case of micro-plastics! At the same time, it’s so important that artists and creators can continue to express themselves. We put everything we’ve got into saving the sparkle for everyone. We got busy with glitter from the ground up and even created a whole series of totally compostable packaging to hold it.”

“It’s clever stuff. When the glitter comes in contact with microbes in the soil, fresh water or the ocean, it completely composts. Same with the packaging! But it’ll last forever in your art.”